The oldest public arboretum in America was started in 1872 and planned by Frederick Law Olmsted as part of his world-famous 'Emerald Necklace'. The Necklace is a linked chain of public parks, running from Boston Common to Franklin Park. The layout of the Arnold Arboretum is ingeniously fitted to the topography, creating a picturesque composition of woods, meadows, hills and valleys. The botanical collection was started by Charles Sargent, as founding director, and Ernest 'Chinese' Wilson, as the Arboretum's most famous plant collector. There is a Chinese Path that is planted with Wilson's introductions and special collections of rhododendrons, conifers, viburnum. The design principle was to use exotic species in naturalistic groupings. We can see this as an example of the Principle of Recognition, on which J C Loudon based his Gardenesque Style. The Arboretum is managed by the Trustees of Harvard University. 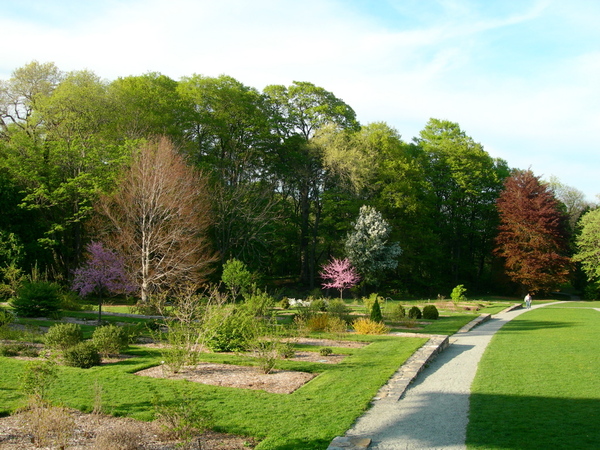 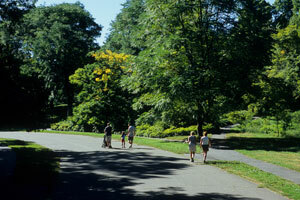 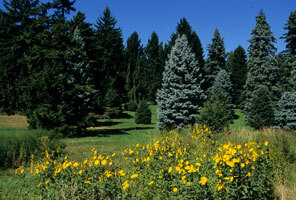