Also known as the Theseum and Hephaisteion, the Temple of Hephaistos overlooks the Agora in Athens. It was built between 460 and 420 BC in Pentelic marble, and is regarded as the best-preserved Greek temple. It is also the only Greek temple where archaeological remins of planting have been found. A line of pots was found running parallel to the columns on the side of the temple. The plant species has not been identified but the discovery is of great interest to garden historians, as evidence that (some) Greek temples were set in groves of decorative plants. 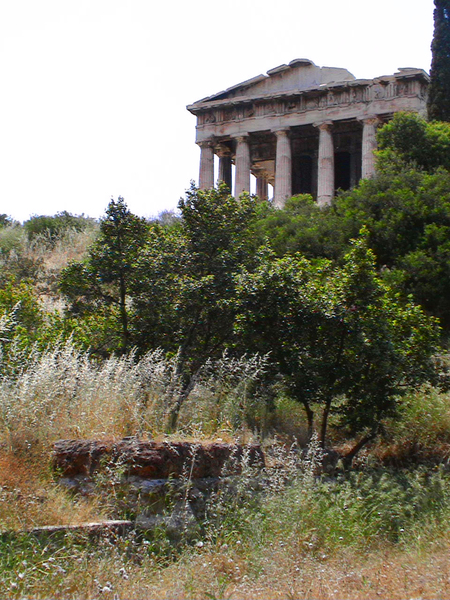 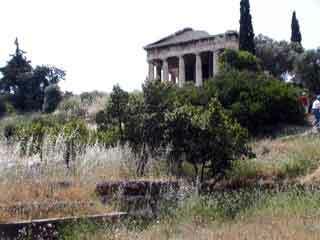