The Acropolis was settled in Neolithic times (c 6000 BC) and during the Bronze Age became the site of a military fortress and Mycenaean palace. Nothing of the palace survives but it may be presumed to have resembled those which survive at Knossos, Phaistos, Tiryns and Mycenae itself. During the 6th century BC the Acropolis hilltop was converted to religious use and the population moved to the lower city, around the Agora. There was a period of intensive building from 450-430 BC, under Pericles, creating a religious Sanctuary which compares with those at Delphi, Delos, Olympia and elsewhere. The Acropolis benefitted from natural springs, which became shrines. Examples survive at the Caves of Pan and Apollo, on the North Slope, and the Asklepieion, on the South Slope. The site is of interest to garden historians as the prime example of a Classical Landscape: the first and best European example of an approach to the inter-relationship of buildings, landform, vegetation and a processional route. The structures are calm, disciplined and proud; the landform is dramatic; vegetation frames views; the Panatheniac Way takes one on a journey from low to high. 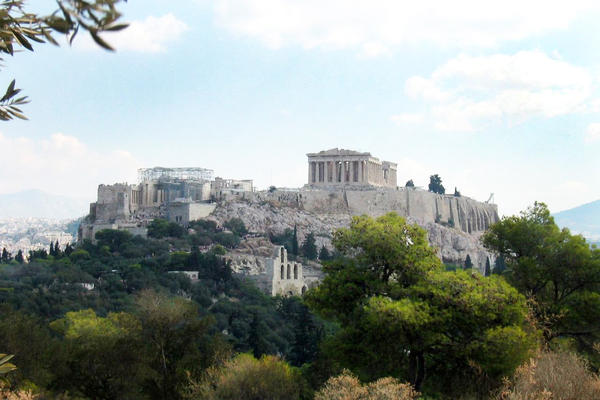 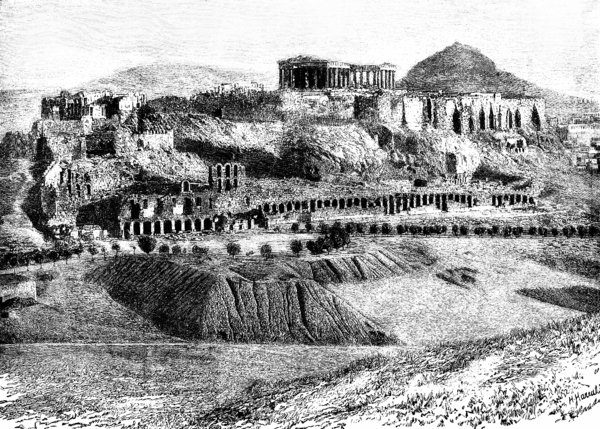