The Acropolis was a fortified settlement in Mycenaean times and it is likely that this is when the caves and springs beneath its cliffs became shrines. In classical times the plateau became a sanctuary and a walled city developed beyond the cliffs. The Walls of Themistocles enclosed what Herodotus called a 'wheel-shaped city'. It had a diameter of less than 2 km, with one spoke extending to the port of Piraeus and another, the Sacred Way proceeding west, through the Agora to the Dipylon Gate, and then on to Eleusis. Academy Way branched north, through Kerameikos, to Plato's Academy. There were trees in the Agora and the surrounding buildings had roofed colonnades (stoas). The three famous gymnasia with their associated schools of philosophy, and their gardens, were near rivers and outside the walls, as were the city's productive gardens. Other sanctuaries developed inside and outside the city walls. A sanctuary can also be described as a 'sacred garden'. 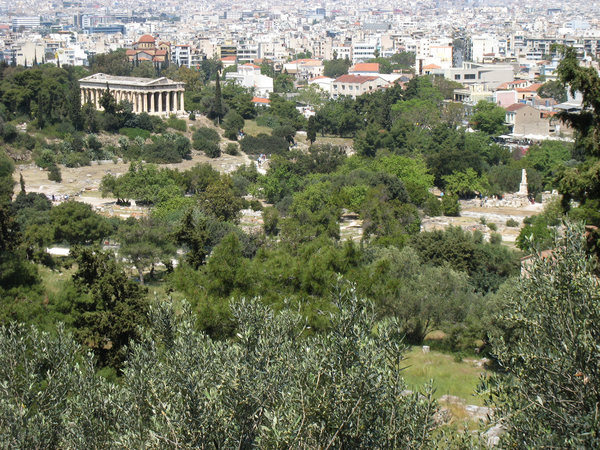 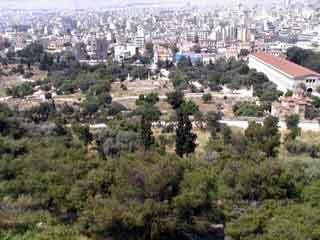