The Philopappos Monument (114-116 A.D) was built by the Athenians in honor Julius Antiochus Philopappos who was a great benefactor of their city. The walks around the Acropolis and Pynx and Philopappos (or Filopopos, or Muses) Hills were re-designed with additional works for the 2004 Athens Olympic Games. The outstanding project was by Dimitri Pikionis (1887-1968) work on the approach to the Acropolis and its links with the Hill of the Pynx and the Hill of the Muses (Philopopos). This work is of the highest quality. As Michael Lancaster remarked about Philopappos (p120 The new European landscape (1994) 'In no sense is this historical reproduction: it is an essay in careful adaptation to the old and integration of the new. The immense care and attention to detail, exercised by Pikionis and his team, have resulted in one of the most perfect man-made landscapes of the period'. In preparation for the 2004 Olympic Games the municipal authorities embarked on an even more ambitious Unification of Archaeological Works project to create a peripatetic walk around the Acropolis and Philopappos. They liken its character to a 'boulevard'. In planning terms, it is a brilliant conception - an archaeological 'greenway' of the first order. In design terms, and remembering the work of Pikionis, it is a blunder of equal magnitude. Only the use of bitmac, instead of granite sets, would have made it worse. As it is, the regular highway engineer's geometry and excessive breadth of the 'boulevard' dwarf the scale and kill the character of the archaeological remains. It is not a context-sensitive design.

Philopappos is 400m south west of the Acropolis 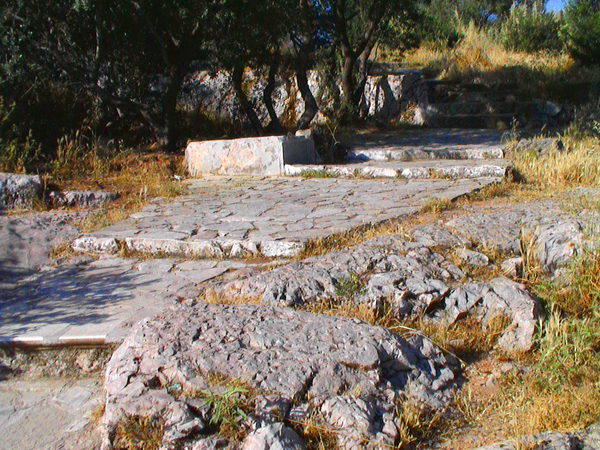 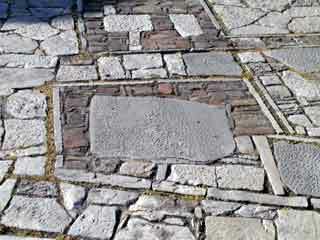