Eleusis was linked to Athens by the Sacred Way, parts of which survive. It was an important religious site in Mycenaean times and in classical times but is now engulfed by one of the largest industrial complex in Greece. For garden historians, the interesting feature is the cave, or grotto, which was regarded as an entrance to the home of the god of the underworld Hades. The goddess Demeter came to the Kallichoros well, 50m in north-east of the cave, to lament the loss of her daughter (Persephone, also known as Kore, the maiden) whom Hades had abducted. Since no corn grew in Persephone's absence, Zeus persuaded Hades to let Persephone return to the world each spring as a fertility goddess. The cave was sacred to Pluto and is known as the Ploutonion. The largest and most important building at Eleusis was the Telesterion, a hall in which the Eleusian mysteries were celebrated. At its heart was the Anaktoron (holy of holies) which could be entered only by those who had been initiated into the mysteries. Outside the Telesterion are tiers of seating, cut into the rock of the hillside. Several Roman emperors became initiates, including Hadrian, who made a cave-grotto on his estate at Tivoli. 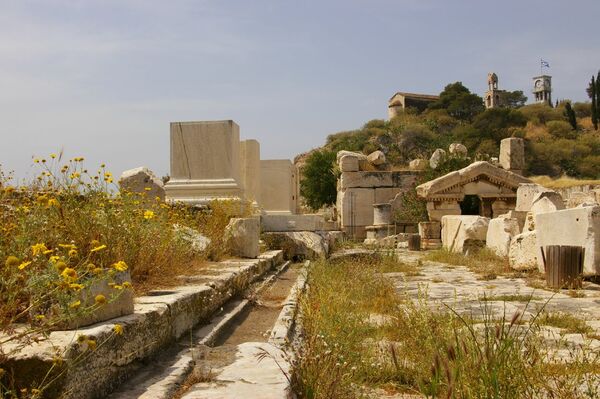 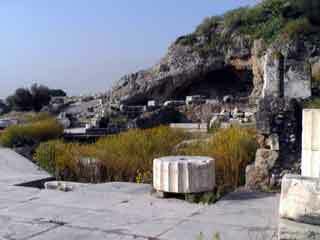