'Academy' was a suburb of Athens named after the hero Academos. The site was continuously inhabited from the prehistoric times. During the 6th century B.C., one of the three famous Gymnasiums of Athens was founded here. Cimon planted the area with trees, which were destroyed by Sulla in 86 B.C. In 387 B.C. Plato founded his philosophical school here. It continued in use until A.D. 526, when it was finally closed by the Roman Emperor Justinian. Excavations began in 1929 and continue. The foundations of Plato's Academy have been excavated and can be seen, though the site cannot be identified with absolute certainty The trees of what is now an archaeological park provide a most appropriate setting for the most famous school of European philosophy. It was in operation from 387 BC until it was closed by Justinian in A.D. 526. It remains a grove with some stone walls. Though a rather sad place in a poorly maintained public park, one can reflect that the philosophical ideas which shaped western gardens down to modern times were developed nearby. 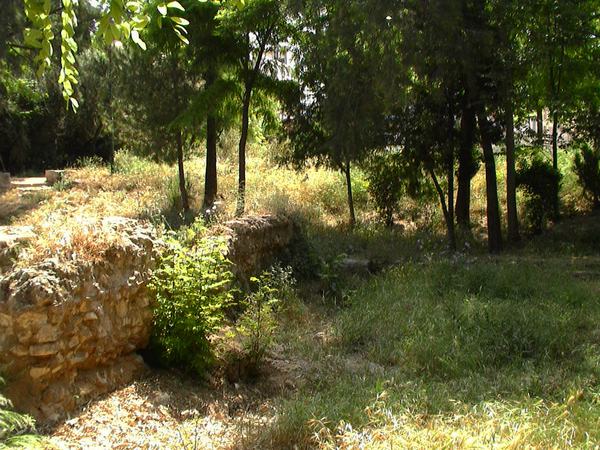 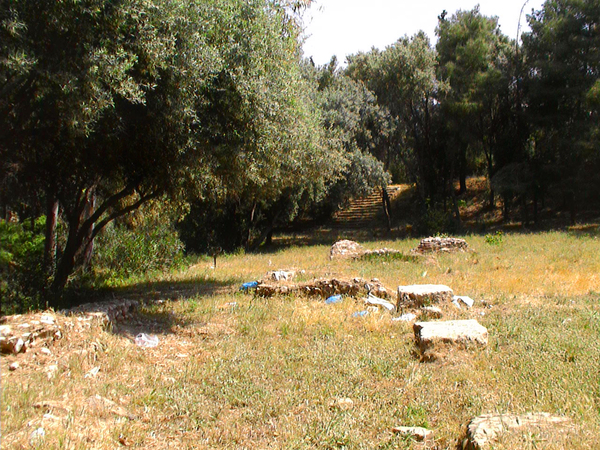 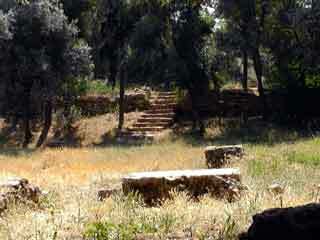