The oldest important garden of the Muromachi Period was re-designed by a Zen Buddhist priest, Muso Soseki, who also designed the Tenryu-ji garden in Kyoto. It is a stroll garden, set in a dark forest and designed for meditation. The garden was originally designed to represent the Western Paradise (or Pure Land) of Amida Buddhism. It was re-designed by Soseki when it passed to the Zen Buddhist sect The chief feature of the garden is the 'golden pond' with pavilions scattered on its shore and connected by a path which allows controlled views of the garden. The pond is shaped like the Japanese character for 'heart' or 'spirit'. It is divided by islands and connected by bridges. The mosses which give the garden its alternative name (Koke-dere) were established, as an economy measure, after the Meiji restoration (1868). The moss has become popular and is best seen between May and June. 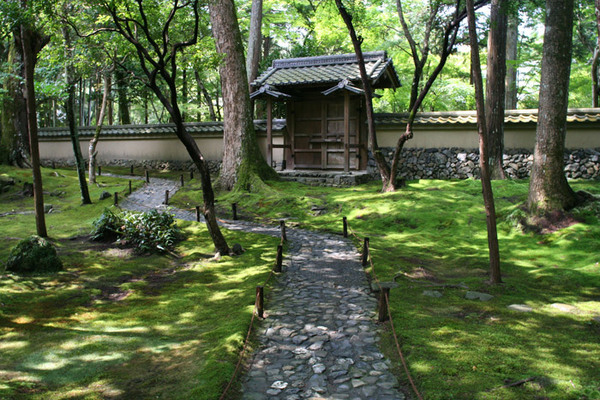 It is necessary to write for permission before visiting the garden.

Visit the Saihoji Temple (or Koke-dere, or Moss Garden) website