Katsura Imperial Villa was built in the early Edo Period for Prince Toshhihito (1579-1629) and work began when he was 40. The prince himself was the main designer, working with Kobori Enshu, a tea master, government official and garden designer. A lake (1.25 ha) was dug, hills and islands formed, beaches made, pavillions built and planting undertaken. The result was a pleasure landscape of the kind described by Lady Murasaki in the Tale of Genji, 620 years earlier. There are 16 bridges. The lake could be used for boating parties and the surrounding land as a stroll garden, in effect a tea garden on an enormous scale. The 'Katsura Tree' (Cercidiphyllum japonicum) was associated with the God of the Moon and the garden has a platform to view its rising. After Prince Toshhihito died the work was continued by a fromer emperor, Gomizunoo. There are 23 stone lanterns to light the stroll path after dark. They were a recent introduction to Japanese gardens but have come to be thought of as typical, along with the stepping stones which reinforce the path and protect the plants. Stone basins were used for hand-washing before a tea ceremony. Katsura was designed not only for meditation (Zen) but also for ceremonious courtly pleasures. Its elegance, balance and harmonious restraint have charmed all visitors. 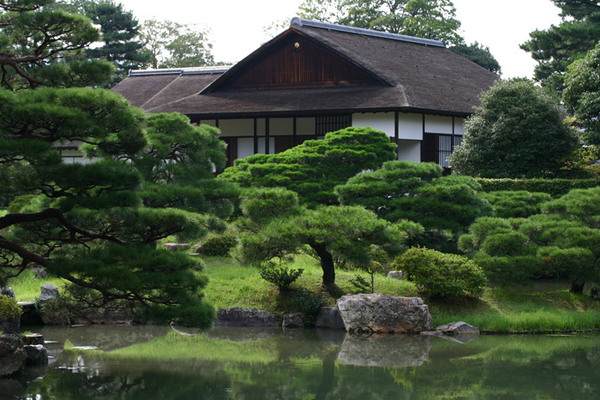 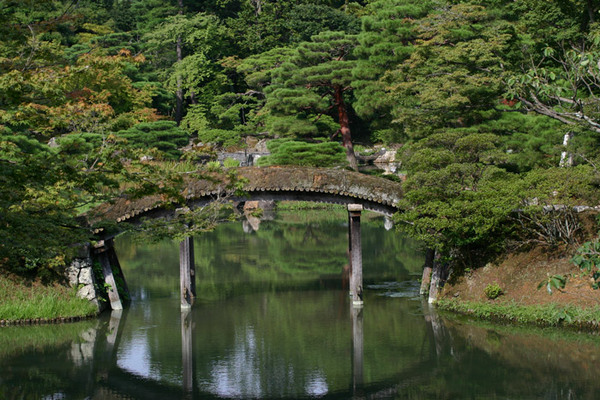