This was designed as a paradise garden in which to stroll and meditate, remembering that Buddha had lived and preached in a grove. The garden has symbolic buildings and features, including a flying crane lake and a tortoise island which divides the lake into two sections. The shore of the lake is dotted with rocks. The garden was formerly the North Hill Villa. It became a Deer Park (named after Buddha's Deer Park of Isipatana, but without deer) when acquired by Shogun Yoshimitsu. The gilded temple is Chinese in style but has an un-Zen-like gaudiness. 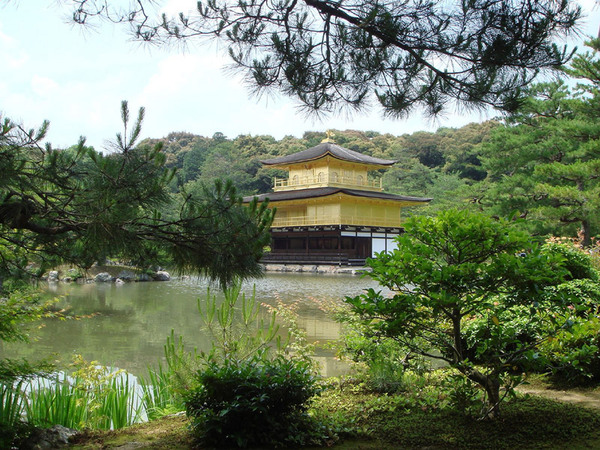 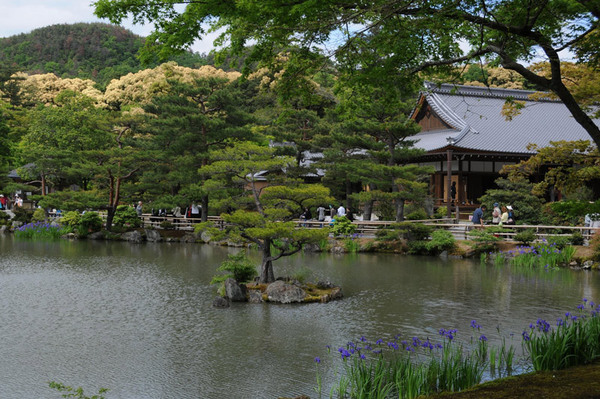 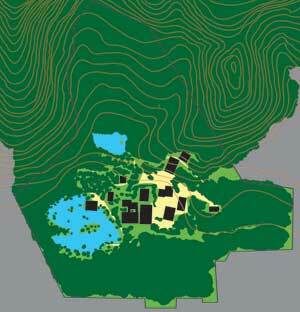