This garden, made to celebrate the eleven hundredth anniversary of the founding of Kyoto, is a re-creation of a Heian Shrine garden. A problem was that while a Shinto shrine was a symbolic and sacred space, the re-creation had to be a place where the public could walk afer visiting the shrine. This detracted from its authenticity but encouraged a new era of gardening building, in the twentieth century. The four sections are the Nishi Shin'en (West Garden), Minami Shin'en (South Garden), Naka Shin'en (Middle Garden), Higashi Shin'en (East Garden). 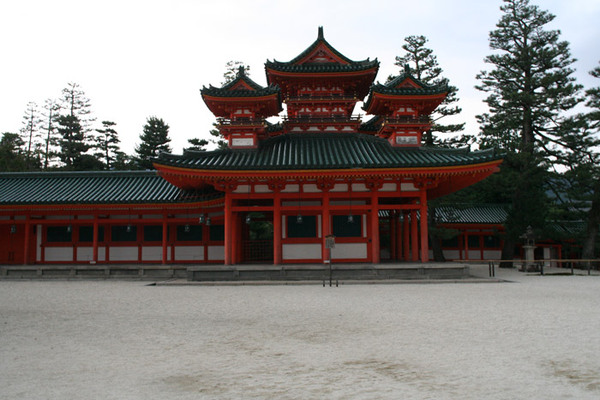