One of the first landscape parks to be made in Paris. It was designed for the Anglophile Duc de Chartres twenty years before the French revolution. After the revolution it became a public park in what is now a wealthy quarter of the city. The designer used Rousseau's words from La Nouvelle Héloïse in explaining the aim: 'to bring together all ages and all parts of the world in a single garden'. Many ages and parts of the world are represtented by follies: a Roman ruin, an Egyptian pyramid, a minaret, a Dutch windmill, a ruined fort and other structures inspired by China, the Middle Ages and prehistory. It was a romantic conception, made more romantic by Alphand in 1861. Parc Monceau is a descendent of Stowe and an ancestor of the modern Theme Park. The great French composer Hector Berlioz (1803-1869), loved the park and one can listen to his music as counterpart to its design. 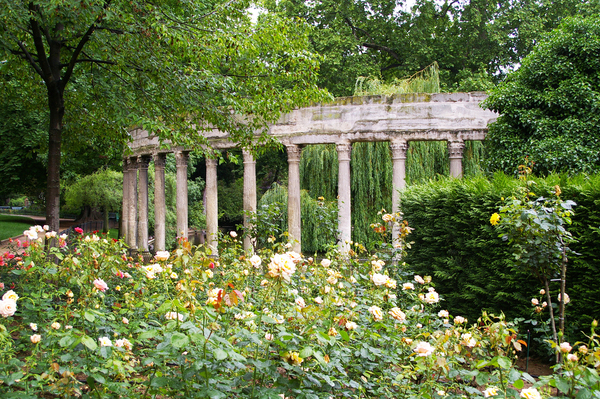 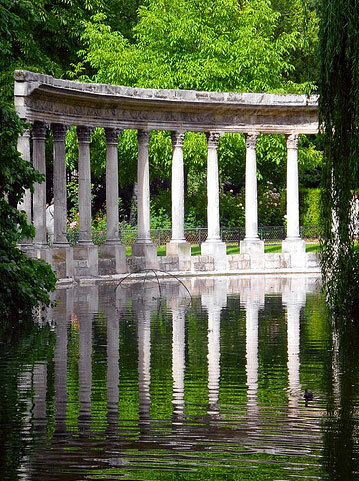