A key project in the history of garden design and in development of Paris as an axial city -  and thus of the High Baroque Style of Garden Design. The Tuileries garden was started by Catherine de Medici. Loving music, the arts, literature and science, she thought of herself as Italian, ordered her clothes from Mantua and loved the Medici's Florentine gardens. Pierre le Nôtre became chief gardener and his son, Andre le Nôtre's father, held the same position. The Jardin de Tuileries was made on the site of a tile-works (tuileries), within the old walled city on the banks of the River Seine. The original division of the space, by allees, has survived many changes. It began as a private royal pleasure garden, with flowers and fruit. After 1594, Henri IV had a terrace built along what is now the Rue de Rivoli. In his book, Jardin de plaisir (1651), Claude Mollet used the Tuilleries as a model of how a garden should be designed. Andre le Nôtre re-designed the Grand Jardin 1665-72 and built a terrace along the riverbank where his father's house had stood. He also opened up a central axis and had the noble idea of projecting it outwards. This shaft of space became the grand axis of Paris. It leads to the Arc de Triomphe and La Defense. By 2100 AD, it may extend as far again. Haussman, after 1853, used Le Nôtre's axis as a base for the design structure of Paris. Today, The Tuileries is one of the most elegant promenades of Paris. Perhaps the ghost of Machiavelli, who Catherine so admired, comes to take the air on a fine day. The area around the Louvre Pyramid was completed in 1989 and the Jardin du Carousel in 1997. The Tuileries garden was restored and adapted (1991-1996) by the landscape architects Louis Benech, Pascal Cribier and François Roubaud. They kept the old structure while re-juvinating the design.

In 1644 John Evelyn described a visit to the Louvre and Tuileries as follows: 'In another more private garden towards the Queen's apartment is a walk, or cloister, under arches, whose terrace is paved with stones of a great breadth; it looks towards the river, and has a pleasant aviary, fountain, stately cypresses, &c. On the river are seen a prodigious number of barges and boats of great length, full of hay, corn, wood, wine, and other commodities, which this vast city daily consumes. Under the long gallery we have described, dwell goldsmiths, painters, statuaries, and architects, who being the most famous for their art in Christendom have stipends allowed them by the King. Into that of Monsieur Saracin1 we entered, who was then moulding for an image of a Madonna to be cast in gold of a great size, to be sent by the Queen Regent to Loretto, as an offering for the birth of the Dauphin, now the young King.
I finished this day with a walk in the great garden of the Tuileries, rarely contrived for privacy, shade, or company, by groves, plantations of tall trees, especially that in the middle, being of elms, the other of mulberries; and that pomegranates, fountains, fish-ponds, and an aviary; but, above all, the artificial echo, redoubling the words so distinctly; and, as it is never without some fair nymph singing to its grateful returns; standing at one of the focuses, which is under a tree, or little cabinet of hedges, the voice seems to descend from the clouds; at another, as if it was underground. This being at the bottom of the garden, we were let into another, which being kept with all imaginable accurateness as to the orangery, precious shrubs, and rare fruits, seemed a Paradise. From a terrace in this place we saw so many coaches, as one would hardly think could be maintained in the whole city, going, late as it was in the year, towards the course, which is a place adjoining, of near an English mile long, planted with four rows of trees. 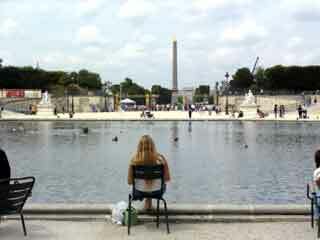 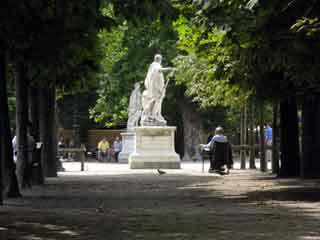 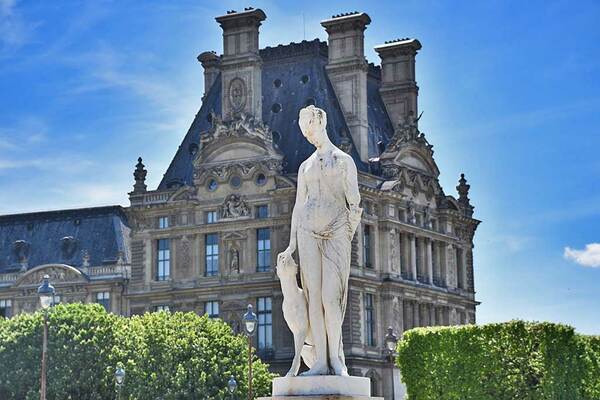 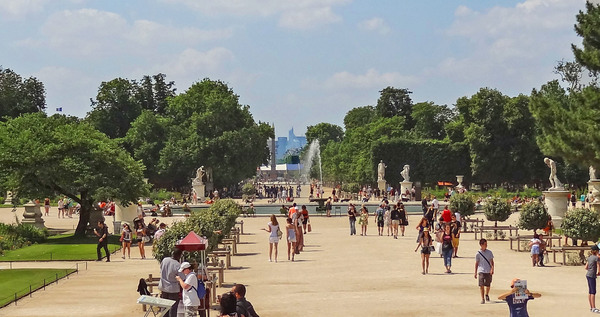