This was the first French garden to be influenced by the Italian Baroque. The gardens, and the palace, were begun in 1612. The Luxembourg has long been seen as a quintessential Parisian space and remains very popular. It was designed for anoter Medici princess, Marie de Medici (1573-1642) , who became Queen of France. Like the Boboli garden where Marie had spent her youth, the Luxembourg plan has two axes at right angles. Jacques Boyceau superintended the layout. Today, as in the seventeenth century, it is a good place to savour the cosmopolitan atmosphere of a rich palace garden. It has changed over the centuries but, judging from Evelyn's description (below), the character of the garden is not so different. During a period of neglect, some of Watteau's romantic garden scenes were painted here. The Medici Fountain was moved from its original position and does not do justice to the famous name. There are some public park facilities, including tennis courts and children's play areas, and over a hundred sculptures, including statues of Stendhal, Chopin, Montesquieu, Phidias, Baudelaire, Delacroix and Blanche of Castile. The parterres on the fringe of the Luxembourg have been laid out in an informal 'Anglo-Chinois' manner. The Luxembourg Palace is now used by the French Senate. 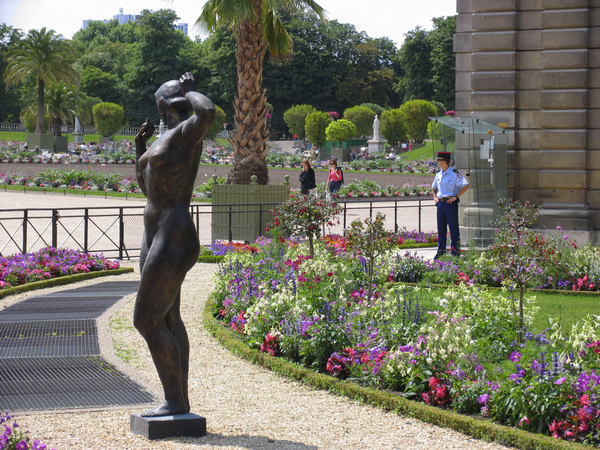 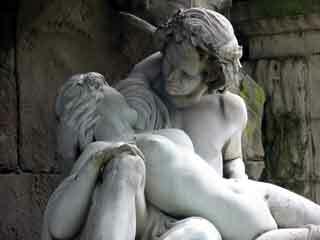 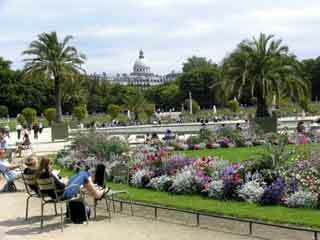