The palace was built for Henry VII (c1538) and re planned after 1579 for Lord Lumley. It was completely destroyed during the Civil Wars (1642-51) and a new house, now called Nonsuch Mansion, was built in the eighteenth century. The brick bastions on which the Banqueting House stood survive and the site of the great house is marked by a noticeboard and three granite bollards.

The Tudor Palace and garden cost half as much again as Henry VIII's palace at Hampton Court. Consequently, there was 'none such' palace in all England. Anthony Watson, Rector of Cheam wrote a description of Nonsuch c1590: 'From there the way goes up by generous winding steps, leading to the most glorious precincts of the royal presence...A somewhat narrower rooms leads, to the right, to a lofty tower if you go up, to a richly planted garden if you go down; while to the left it leads into two fine chambers exclusively reserved for the king... The door which opens to the right of the king leads into the garden. From there, if you turn your gaze to the lofty towers, the turreted walls, the projecting windows, the plaster-work, the equisite statues, you will wonder whether you are walking in the courtyard or garden, for the face of each has the same splendour and majesty. Leaving the garden, we enter the wilderness, which is, in fact, neither wild nor deserted. The land, which is naturally somewhat hilly and is plentifully watered, is set out with lofty and magnificent tree-lined walks to the south and west. At the end of the path to the south, the trees have been trimmed to form canopies. Through the heart of the wilderness there are three paths, the middle one worn and sandy and the others turfed. There are trees for shade and fruit: almost countless young apple trees, shrubs, evergreens, ferns, vines.'

See blog post on the possible re-creation of a knot at Nonsuch Tudor Palace Garden. 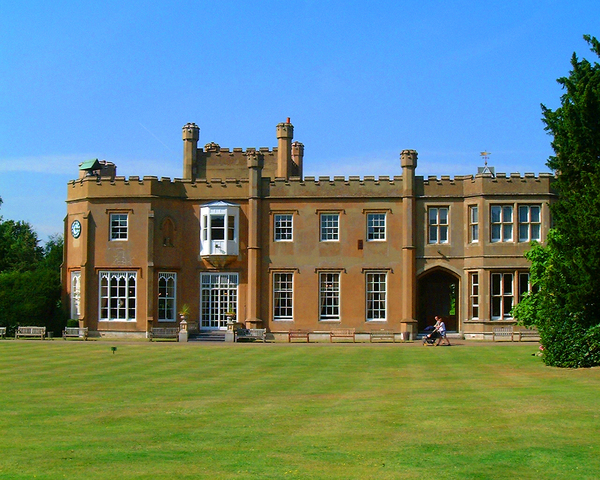 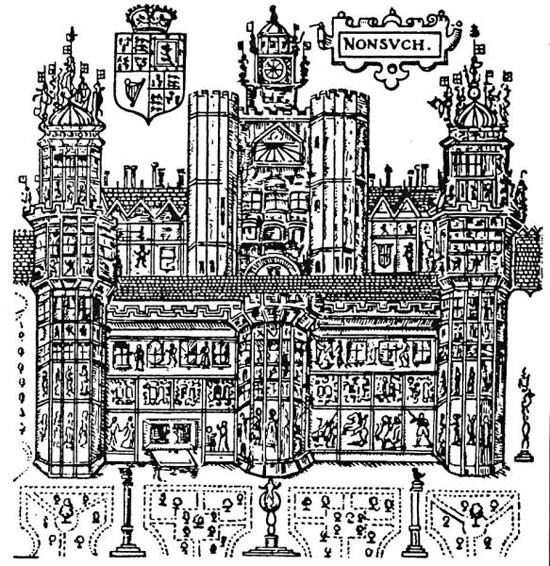