The renaissance garden, which Henry VIII made here in the 1530s, was converted to the baroque style between 1660 and 1702. Naturally competitive, Henry VIII wanted Hampton Court to outshine Francis I's palace garden at Fontainbleau. Henry VIII's garden had square plats of grass with lions, dragons and other painted heraldic beasts on posts. There was also a mount overlooking the River Thames and a Water Gallery leading to a landing stage for the royal barge. After Charles II became king, in 1660, he employed John Rose to make a canal, inspired by Versailles and 1.6 km long. It runs at 90° to the the axis of the Henry VIII's heraldic garden. When William of Orange left Holland to become King of England, in 1688, he and Mary were delighted with Hampton Court. The air was fresher than Greenwich and kinder to William's asthma. Desiring a second Het Loo, William employed George London and Daniel Marot. They kept the canal, planted a network of avenues and made two great parterres, which later monarchs neglected. One of the parterres, the Fountain Garden, provided a semi-circle for the 'goose's foot' of radiating avenues. It survives in plan but not as a parterre. William's other parterre, the Privy Garden on the site of Henry VIII's heraldic garden and mount, was restored between 1992 and 1995 with the greatest attention to historical accuracy. 'Privy' means private. Hampton Court is a very special kind of royal garden. Restoration of the barogue Lower Orangery Garden was completed in July 2007. 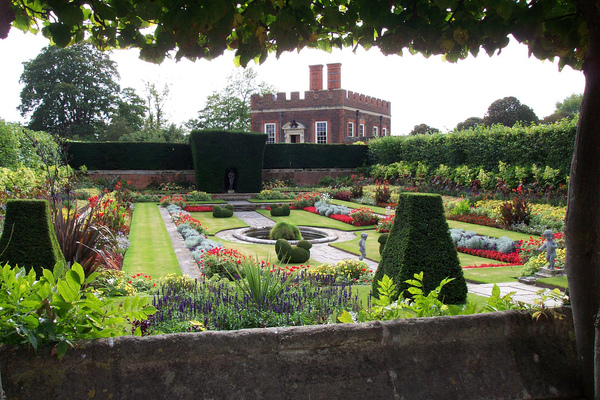 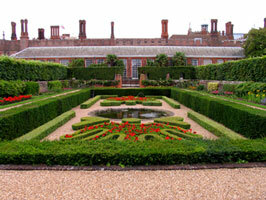 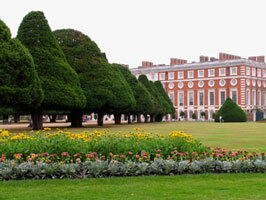 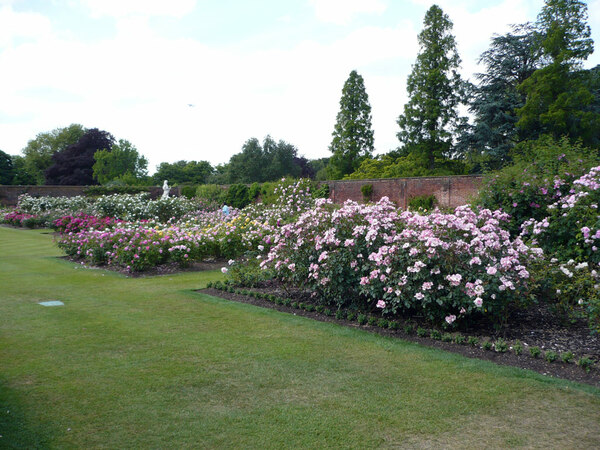 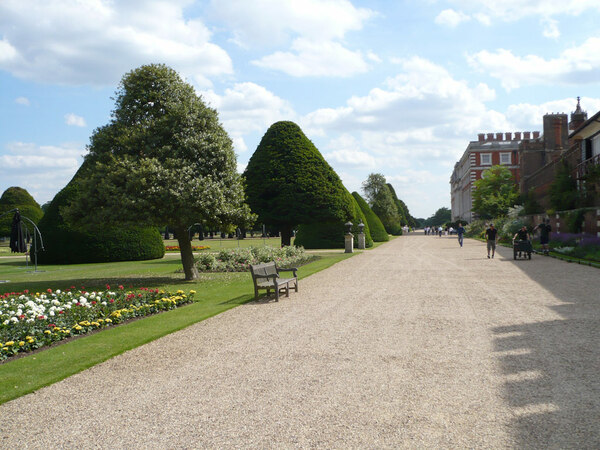 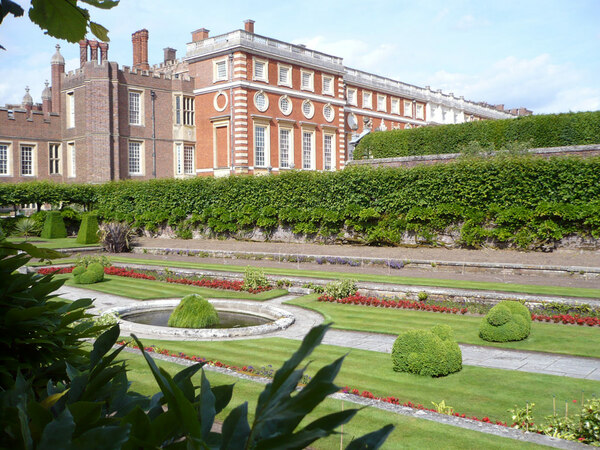 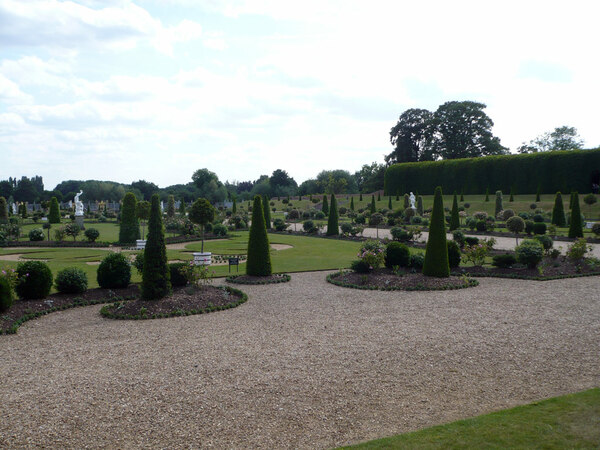 All year. Daily except Christmas.