The grounds of Cannizaro house have become a public park - and perhaps the best public example of a the type of large garden which London mansions had in the nineteenth century. It has a 'formal garden', with excellent summer bedding, a pool and a woodland garden. 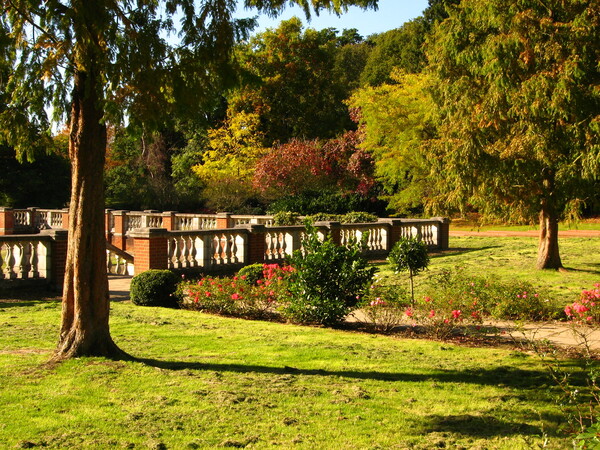 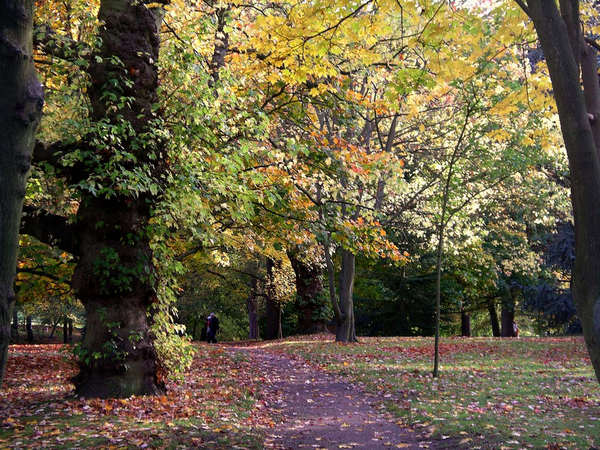 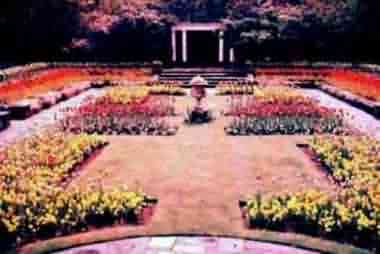 The name Cannizaro has been associated with Wimbledon since 1832 when Francis Platamone, Count Sant Antonio, leaseholder of Warren House, succeeded to the Sicilian dukedom of Cannizzaro. He left but his wife lived on there for some years and the name stuck.

Today’s park holds few memories of them. Its most outstanding features either predate their turbulent marriage or were introduced long afterwards. Today, Cannizaro House is a hotel while the grounds are a public park.

Since 1987 it has been a Grade 2* listed English Heritage garden, boasting one of the country's finest collections of rhododendrons, azalias and rare trees. It is also rich in wildlife. An open air concert festival is held there every summer as well as art exhibitions.

Dundas lived there 1785-1806 and Pitt himself was a frequent guest. King George III too breakfasted at Warren House after military reviews on Wimbledon Common. William Wilberforce, the great slavery abolitionist, was a neighbour.

Cannizaro’s reputation continued during the 19th century. A later premier under Queen Victoria, Lord Aberdeen, was among the distinguished residents. Visitors included British and foreign royalty and great writers -among them Lord Tennyson, Oscar Wilde and Henry James.

The 20th century too saw some notable visitors. A bust in what is now the Old Tennis Court area recalls the Emperor Haile Selassie of Ethiopia, exiled temporarily when Italian Fascists invaded his country in 1935.

Today’s 34-acre Cannizaro Park owes many of its best features to the Wilson family who lived there 1920-47. However it was Dundas who planted Lady Jane’s Wood to celebrate his wedding to Lady Jane Hope in 1793. This is still the area around today's azalea dell.

The Wilsons' legacy went much further. Kenneth was a keen member of the Rhododendron Society and planted many of the rare trees and shrubs on the gravel subsoil and acid topsoil.
Later plantings and improvements enhanced the park further after it was bought by Wimbledon Council in 1948 and opened to the public the following year.

Its magnificent plant and tree collection had been the subject of a major report by the curator of the Royal Botanical Gardens at Kew. Mayor Alderman W. E. Hamlin said: "I doubt whether there exists so close to the centre of London and so accessible to millions of people, a public estate which combines in such a marked degree, both great natural beauty and such a unique collection of beautiful and unusual trees and shrubs."

The park's boundaries changed slightly but it retained its essential features, including gardens beside The Keir. That property had been bought by Wilson in 1932, converted into flats, and the garden incorporated into Cannizaro. It included what is today the Guides Chapel by Camp Road, once home to a Catholic priest but now used as a cafe every summer.

New features were added including the Water Garden, Belvedere, Herbaceous Border and Heather Garden. Sadly the last two have since disappeared again because of inadequate funding for maintenance.

In 1996, a group of local residents set up the Friends of Cannizaro Park as a voluntary association in order to try to protect the gardens for the long term after years of declining maintenance budgets. The group grew ten-fold and by fund-raising and working in partnership with Merton Council, achieved some notable improvements.

Overnight security was restored, new facilities such as notice-boards, cycle racks and deckchairs provided; major re-plantings of the azalea dell, iris beds and other areas carried out; a 50th anniversary ceremony organised; a spectacular new Millennium Fountain commissioned, and artists encouraged to use the park for their original works. Booklets and postcards were published for sale and quarterly newsletters distributed.

The Friends also organised guided walks by conservationists and wildlife experts,tree and plant specialists as well as children’s events, and annual lectures on subjects linked with the plants and history of the park.

All year. Daily. Open 8am to dusk.