An Augustinian priory was founded in 1229 and came to be on an island when the the moat, fed by the River Cuckmere was added in the 14th century (as was the gatehouse). The buildings were arranged round an enclosed cloister garth. After the dissolution of the monasteries in 1536, Michelham passed into the ownership of Thomas Cromwell and then Anne of Cleaves. It became a country house and passed through much rebuilding before being given to the Sussex Archaeological Society in 1960. The garden is that of an English country house but also has an attractive and interesting re-creation of a medieval garden, partly inspired by the famous plan of an ideal monastery which Charlemagne commissioned for St Gall. The 'flowery mead' is of particular interest. There is also a re-creation of an Iron Age circular dwelling (which would benefit from re-created prehistoric garden).

Michelham Priory offers two charming locations for wedding ceremonies: the Elizabethan Great Barn (up to 130 guests) an the Prior’s Chamber (up to 60 guests). Both are available for hire from mid-February to mid-December. The Great Barn opens onto the Moat Terrace with romantic views of the Priory house, watermill moat in England. The Prior’s Chamber is a medieval room stained glass windows, tapestries and a huge fireplace. Outside, the main lawn can be used for a drinks reception. See Michelham Priory website for full details. 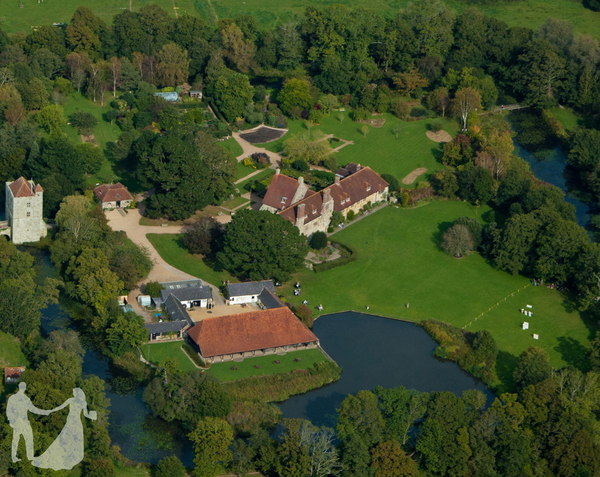 Michelham Priory is a 13 acre Scheduled Ancient Monument and Site of Nature Conservation Interest. The buildings are grade 1 and 2* listed and the moat, which surrounds the 7 acre island of Gardens, is the longest continual medieval moat in the UK.

The structure of the Garden is laid out relative to the remains of the medieval priory and Tudor house, formal yew hedges providing a number of garden rooms.

The Cloister Garden, recreated upon the foundation of the original, showcases an array of Medieval garden styles and features. These features and plants, are drawn from elements of a Hortus Conclusus (Enclosed Garden) and Hortus Delicarium (Ornamental Garden) evidenced by tapestries, books and paintings of the period. The lawns here are amass of spring bulbs becoming a Floral Mede into the Summer, surrounded by ornamental planting such as Roses, Iris, Columbines and a walkway of Grape Vines.

The Physic Garden once again alludes to the monastic origins of the site, created by the Sussex Garden Trust, it contains a wide range of heritage and heirloom varieties of herbs, which would have been in use, during the Middle Ages, at the peak of the Priorys’ operation. It was referred to during the creation of the Chelsea Physic Garden.

The Vegetable Garden, divided into four geometric squares to enable rotation, is bordered by box hedges and ornamental borders with an emphasis on companion planting. At the centre is a pergola draped in Wisteria and espaliered apple trees. We grow seasonal vegetables for use as specials for our Cafe during the course of the year.

The Orchard, is set out in a medieval style, in lines, under planted with spring bulbs, which are left as strips of meadow into the summer, to promote wildlife and pollinators. The lines of apples are surrounded by Medlars, Sweet Chestnut, Plum and Mulberry, as well as other specimen shrubs and trees.

Other Areas of Garden Interest include:- the East and South Lawns offering fantastic views of the properties, Herbaceous Borders, a 3 acre meadow, Woodland and Moat side Walks. 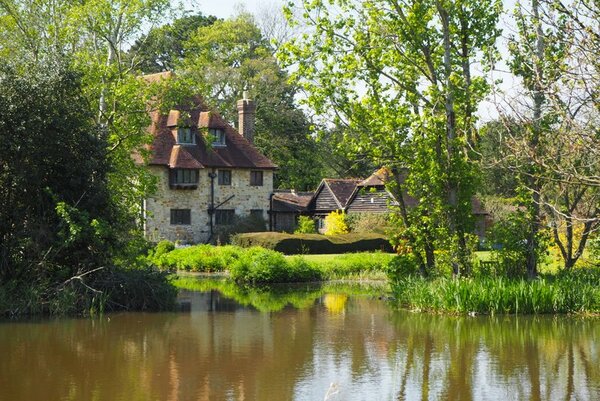 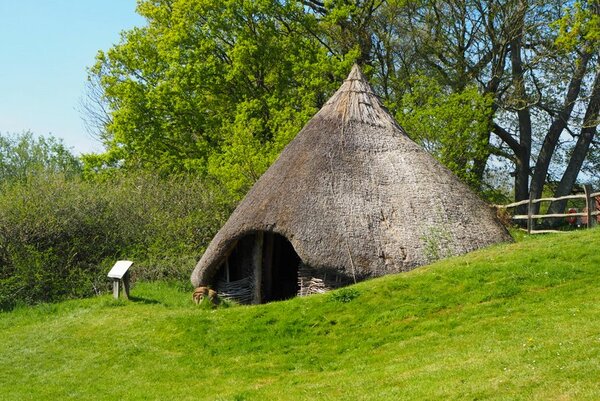 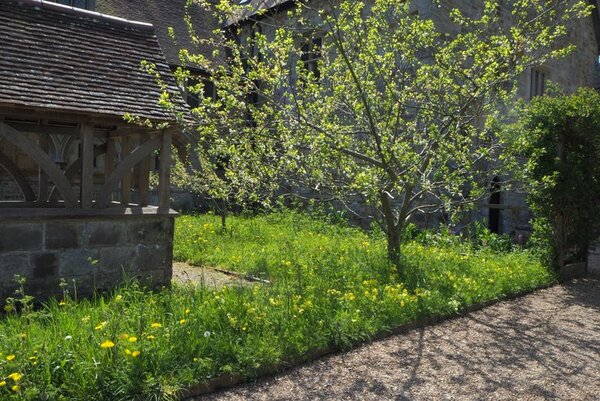 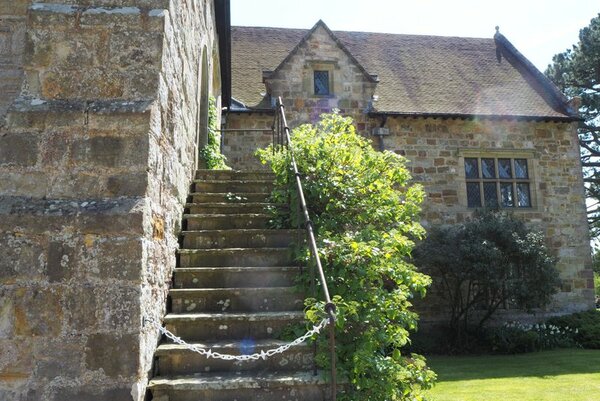 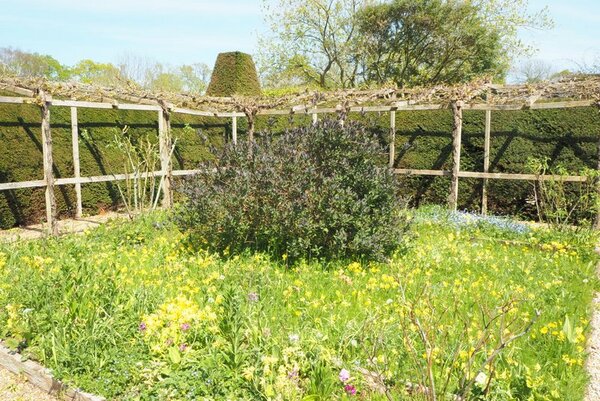 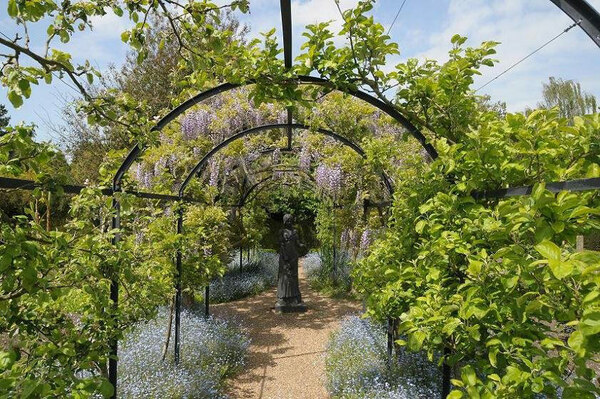 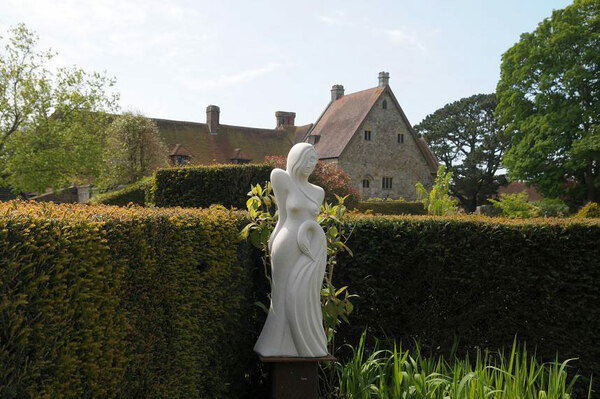 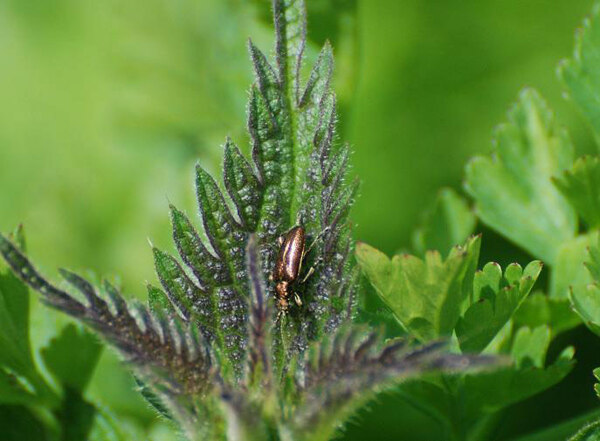