The smallest of London's Royal Parks. It is a stately place with a fine central avenue and informal groups of trees amongst which the valley of the former Tyburn river can just be detected (from the steel covers). The avenue centres on Sir Aston Webb's 1901 rond-point in front of Buckingham Palace.

The land which is now Green Park is thought to have been a burial ground for lepers in the Middle Ages. The lepers lived in St James's Hospital, which was replaced by St James's Palace. In the 16th century, the land was enclosed by the Poultney family. They surrendered it to Charles II in 1668. Wanting a royal walk from St James's Palace to Hyde Park and therefore enclosed it with a brick wall as 'Upper St James's Park'. The walk was called his 'Constitutional' and the route became Constitution Hill. Charles also built one of England's first ice houses in the park. In 1746 the name was changed to Green Park. This could be because it had no flower beds - and the reason for this could be that Charles' wife, having discovered her husband had picked flowers here for a mistress, banned flowers from Green Park. In the 18th century Queen Caroline gave Green Park a library, a reservoir and what became known as the Queen's Walk. It was used for public events and when the War of the Austraian Succession ended in 1746, Handel's Music for the Royal Fireworks received its first performance in Green Park. Green Park was opened to the public in 1826.

Green Park is on the London Gardens Walk. 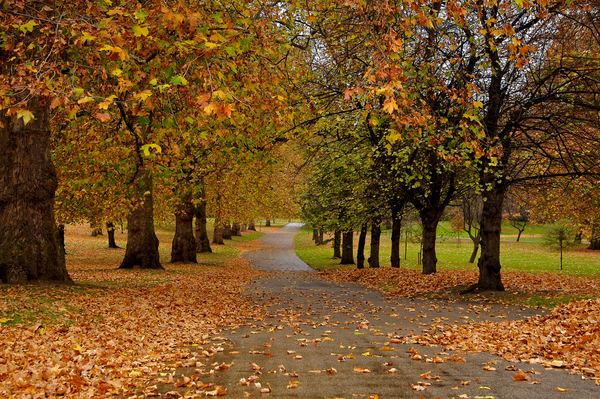 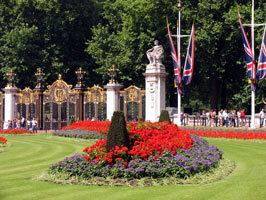 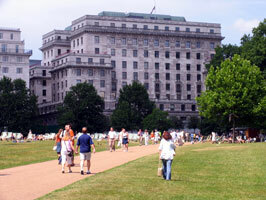