Duck Island dates from the original use of St James's Park as a hunting park. Charles II, who converted it to a baroque park, created the post of  of 'Governor of Duck Island' and William III had the first lodge built. It was destroyed in 1771 and rebuilt after 1840, as a Picturesque cottage designed by John Burges Watson. In 1953 it was nearly demolished but, instead, was noticed by Royal Fine Art Commission and preserved as a keeper's cottage. In 1994 it became the HQ of the London Historic Parks and Gardens Trust. They created a cottage garden in the Arts and Crafts style. Since this approach to planting grew out of the Cottage Ornée, it was a highly appropriate choice. Duck Island is now the best place in Central London to see this highly influential approach to gardens and planting design. 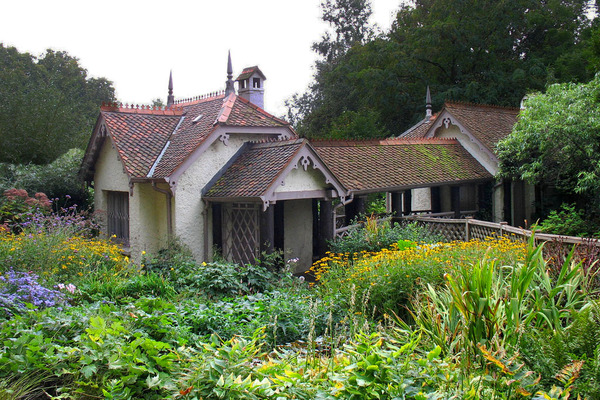 Can be viewed from St James's Park, but not open to the public