Gardens of the World

The "Gardens of the Word" are in the Marzahn Recreational Park and have been developped since 2000. There is a Chinese Garden, Japanese Ga rden, Italian Renaissance Garden and a paved labyrinth and a maze modelled on the one at Hampton Court Palace (visible if you zoom in on the satellite image on the map below).

The Recreational Park Marzahn is open to garden art from around the entire world. The cosmopolitan city of Berlin already has eight â€œGardens of the Worldâ€. The overall concept â€œGardens of the Worldâ€ is an ambitious undertaking of supra-regional importance by GrÃ¼n Berlin Garten und Park GmbH, the operator of the Recreational Park Marzahn. It is intended, above all, to contribute to economic and location advancement in the entire region. This is concurrent with the aims of the community fund â€œImprovement of the Regional Economic Structureâ€. Since October of 2000 then the Recreational Park has evolved to become a well renowned and internationally recognised location for garden enthusiasts. Eight examples of international gardens can be visited by now:
Chinese Garden
In 1997, the construction of Europeâ€™s largest Chinese garden (ca. 2.7 hectares) began.This attraction, which was opened on October 15th 2000. The Chinese â€œGarden of the Reclaimed Moonâ€ came into being following the plans laid out by the Peking Institute for Classical Garden Architecture. The centre of the garden is created by a 4500 square metre lake, which is bedded in a richly planted, undulating landscape. Flanked by a variety of buildings, bridges, clearings and walls, the area was predominantly built by Chinese experts. The most prominent building is the Tea House; called â€œMountain House of Osmanthus Juiceâ€.
Japanese Garden
Shunmyo Masuno undertook to create a Japanese "Garden of Merging Water" with traditional stylistic elements in 2001. The garden complex consists of three gardens, which are connected by paths, in the middle of the complex rests the pavilion NYOSUITEI.
Balinese Garden (Garden of the Three Harmonies)
This replica garden is protected in the glasshouse at the Marzahn Recreational Park and is an example of the arrangement of a complex of buildings in southern Bali. An adobe brick wall borders the living area from the surrounding area. The house temple or family temple (sanggah) within the living area is again separated by an additional wall.
Oriental Garden
Working in close cooperation with the garden historian Mohammed El Faiâ€™z, the garden architect Kamel Louafi developed a garden courtyard, a Rivad (architectonic garden), for the â€œOriental Gardenâ€. A four metre high wall surrounds the entire garden, thereby drawing upon the building tradition of oriental garden culture: the oasis, the hidden font, paradise is often imminently visible.
Korean â€œSeoul Gardenâ€
On April 27st 2006, the new korean â€œSeouler Gardenâ€ Â», a gift from the city of Seoul, was opened to the public. The garden contains a pavilion, four courtyards and water. The landscape resembles the korean landscape.
Maze and labyrinth
The maze is constructed of 1,225 evergreen yew stocks (Taxus baccata), which require regular trimming to retain the geometric shape of the complex as a whole. The labyrinth set into the floor of the gothic cathedral in Chartres, France, is one of the world's best-known labyrinths and served as a model for the labyrinth in the Gardens of the World project.
Italian Renaissance Garden ("Giardino della Bobolina")
Access to the Garden is via two separate flights of steps. The large wrought-iron gate at the end of one of the staircases opens directly on the main garden. The other set of steps, leading to the forecourt, provides access via the loggia. Whichever entrance visitors choose, the sunny landscape of Italy awaits them. Box tree topiary, artfully laid-out paths, stone benches, statuary, a large fountain shell and numerous potted plants in terracotta containers all invite visitors on a journey back in time.
Karl Foerster Shrub Garden
The overhauled and extended Karl Foerster Shrub Garden, a fine example of early 20th century German horticulture. 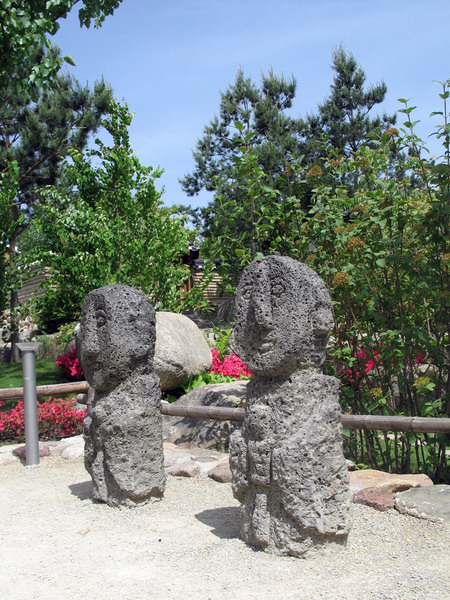 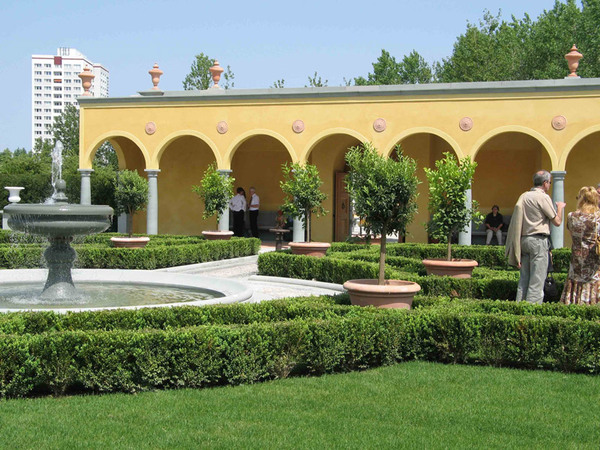 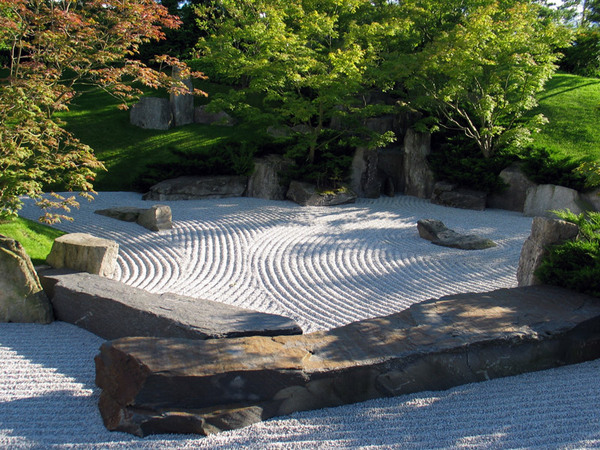 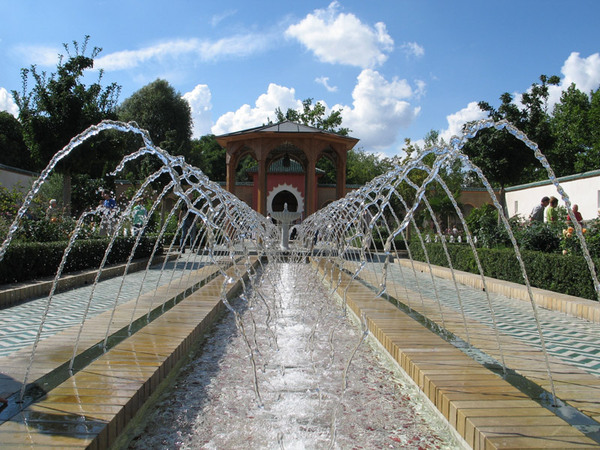 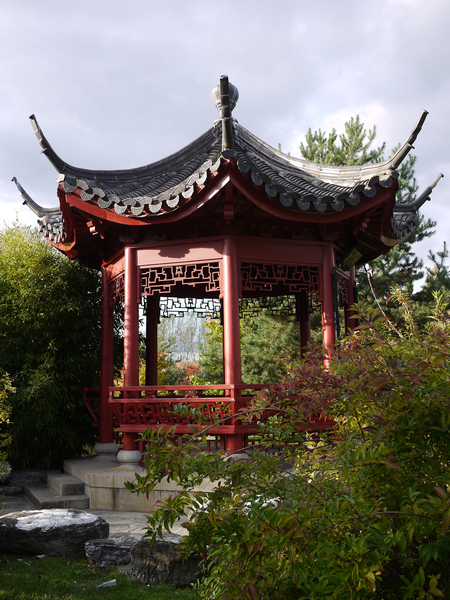 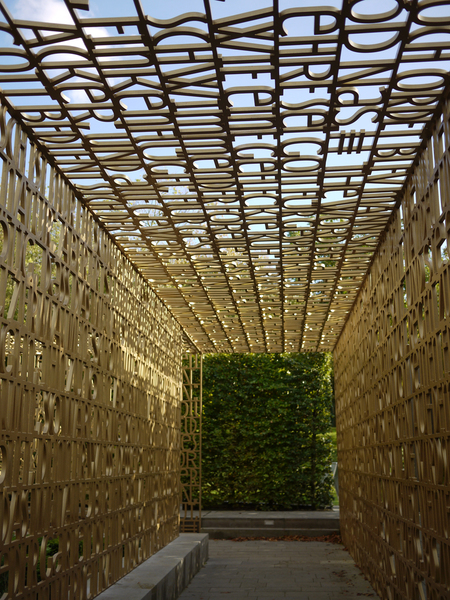 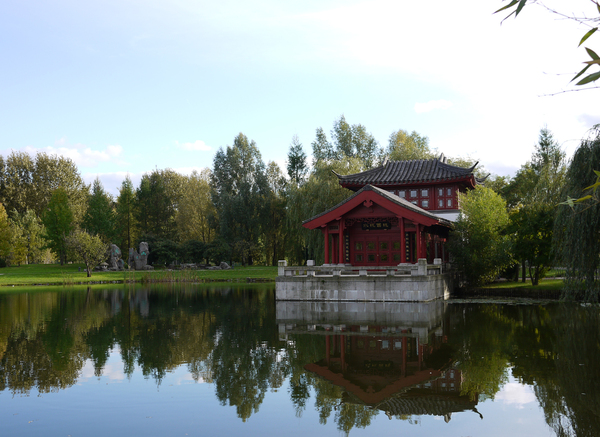 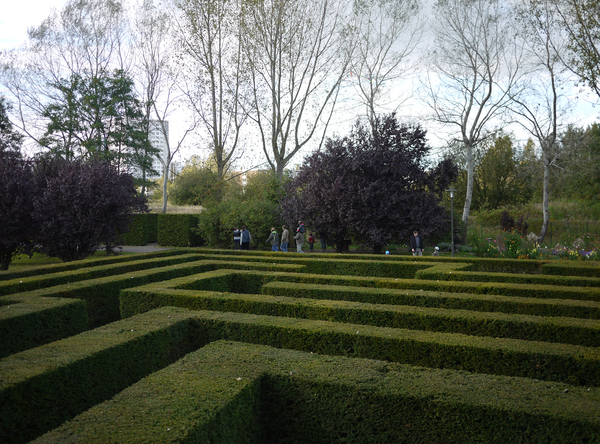 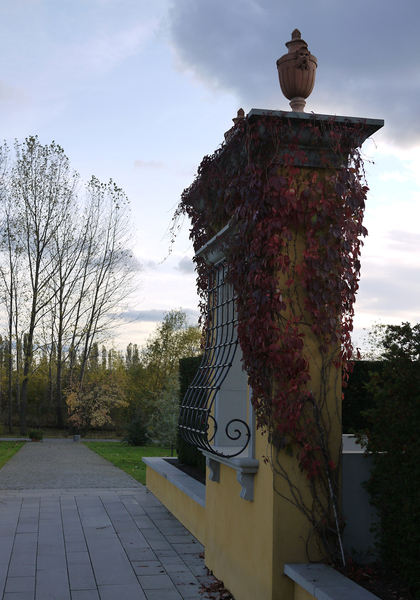 On May 9th 1987 the Berliner Gartenschau (now Gardens of the World in the Recreational Park Marzahn) opened its gates on the formally agriculturally used grounds in Berlin-Marzahn. It was a gift from the gardeners to the capitol city of the GDR which celebrated its 750th anniversary.
With the fall of the Iron Curtain in Germany and Berlin, changes also occurred in the â€œBerliner Gartenschauâ€. Since 1991 the name â€œRecreational Park Marzahnâ€œ is in use. Trees were planted as well as the fact that the park received large playing areas and lawns instead of the fragmented themes. This turned into a large Recreational park with the size of 21 acres for visitors as well as for the 300.000 inhabitants living in the nearby settlement. The opening of the Chinese garden in October of 2000 marked the beginning of a new period.

Daily. Open 9am to dusk.