The 1720s garden was sufficiently changed by 'landscape' ideas for Alexander Pope to see it as the first garden in which 'the genius of the place' had been consulted. Lord Burlington, the owner and chief designer, was helped by Charles Bridgeman and William Kent. They aimed to make an Augustan style villa and garden. The architecture was modelled on Palladio's 1550 Villa Rotunda. Buildings and obilisks were placed at the ends of avenues, in the Baroque manner. Classical busts, sphinxes, columns and an exedra helped to re-create the landscape of antiquity. William Kent helped with the classical allusions, designed a rustic cascade and gently Serpentined canal. The area between the house and the canal, occupied by a maze in 1730, was the first to be treated in this way. Since Kent's style became influential, we are fortunate that it survives. The garden was in poor condition when Frank Clark (quoted below) complained about its condition. It has been restored, but since there were five important stages in the garden's evolution, it was a difficult task. The plans show the garden as it is today and as it was in 1736. One sees the change from a nobleman's country estate to an urban park. Stage 1: a 1707 drawing by Leonrard Knyff showed a simple renaissance garden with grass plats and knots. This has gone, except for the path on the north front of the house. Stage 2: by 1730 Lord Burlington had made a 'Roman' garden which drew something from the Baroque and something from Robert Castell's Villas of the ancients. It had avenues, geometrical pools, an amphitheatre, a maze and several small pavilions. Stage 3: by1733 William Kent was recognised as having introduced 'the natural taste in gardening', probably in the area between the house and the canal. The maze was removed and the area treated in a manner which became famous as 'the English style'. Stage 4: by 1753, the year of Lord Burlington's death, the exedra was planted, an orangery built and more of the land fronting the canal 'naturalised' by removing the basins of water. Stage 5: by 1858 several Dukes of Devonshire had made further changes to the estate. This included demolotion of the old house and some of Burlington's temples. A conservatory with an 'Italian' garden was built and the estate became more 'gardened'. 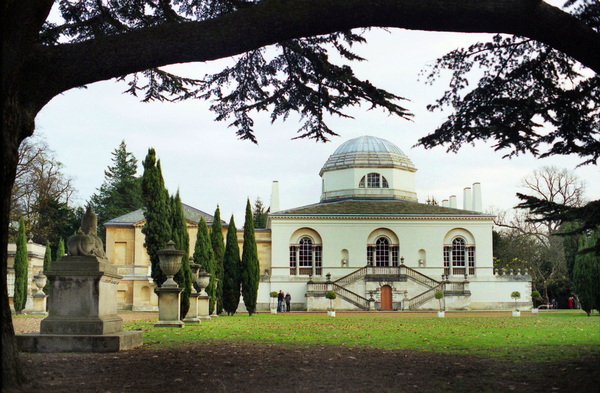 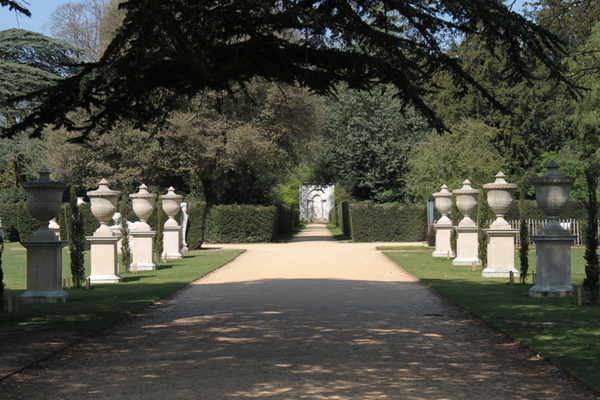 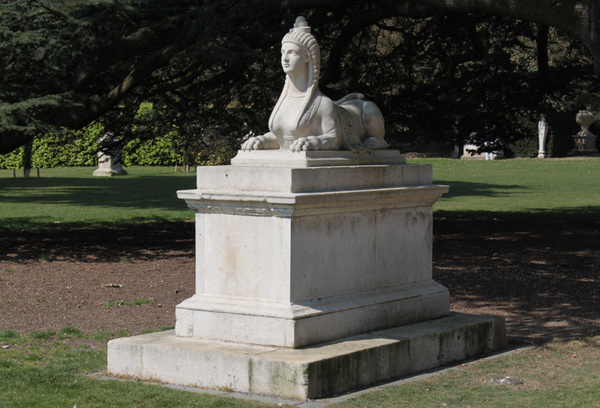