Henry VIII re-built Richmond Palace, after 1497, and named it after Richmond Castle in Yorkshire. He died in the Palace in 1509, as did Queen Elizabeth 1 in 1603, after spending much of her life in the palace. She went hunting in what is now Richmond Park. Only the palace gatehouse survives. It was on the far side of the palace and not shown on Wyngaerde's painting. Richmond Palace had the first rensissance-influenced garden in England and the term 'knot garden' is first recorded in an account of the palace garden. The land on which the palace stood is now occupied by private houses, of considerable magnificence. The Thames has been narrowed and there is now a riverside walk between the site of the former palace and the River Thames. 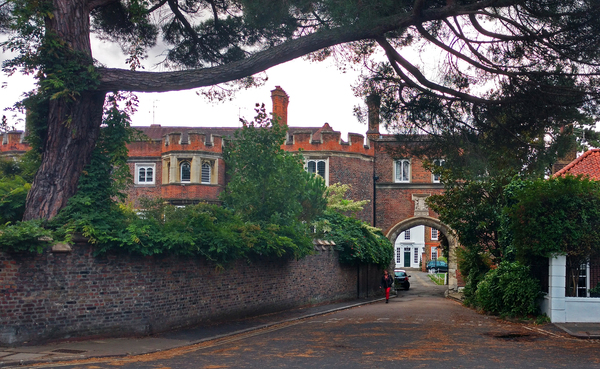 Wyngaerde's 1562 painting of Richmond Palace, seen across the River Thames