A Jacobean house in a Serpentine Style park. The park was designed by Lancelot Capability Brown in 1763 It contains a circular temple and a bridge over the River Cam, designed by Robert Adam. A parterre, designed by William Sawrey Gilpin c1830 has been restored by English Heritage using plants from the period. Repton praised the owners, in 1816, for allowing public access to a road through the grounds.

For garden hisorians, the former Tudor/Renaissance garden is one of the most interesting aspects of Audley End. Details of the layout survive on a drawing by Henry Winstanley (c 1676). The house had double-courtyards, only one of which survives. It had a pondyard, a wilderness, a bowling green, and a mount garden. The Mount Garden was altered by Lancelot Brown in the mid eighteenth century and was laid out in its present form (of undulating lawns and paths through trees and shrubs) in the 1830’s. Restoration of the mount and its 'formal' layout is being considered. 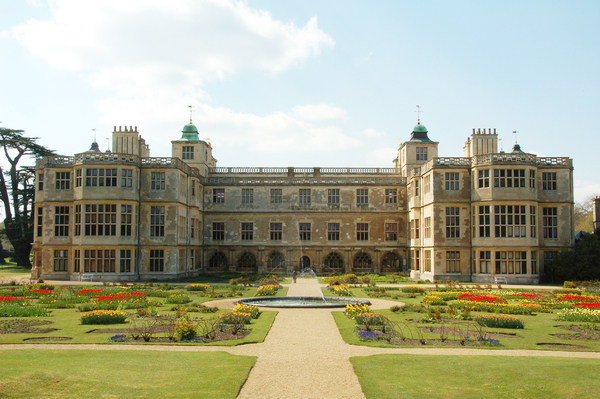 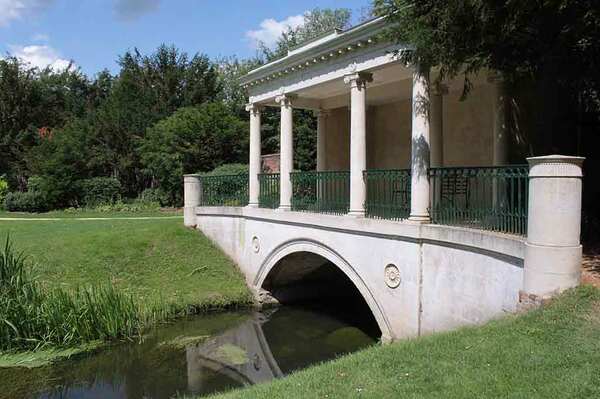 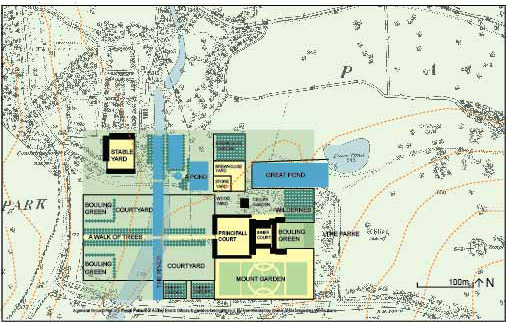 The sixteenth century layout of Audley End, two centuries before the estate was 'improved' by Lancelot Brown