Spencers is a mid-Georgian country house named after its first owner, Lady Anne Spencer, grand-daughter of the first Duke of Marlborough. It is surrounded by parkland and mature grounds including extensive lawns, a walled garden, woodland garden and many ancient trees. The walled garden retains Lady Anne's original 18th century grid structure but has been extensively renovated under the guidance of landscape architect Tom Stuart-Smith. The woodland garden was laid out in the nineteenth century along the young River Colne which is today spanned by a Chinese bridge. If you zoom in on the location map below, you will be able to make out some of the garden lay out on the satellite image. The Conservative politician RAB Butler lived at Spencers from 1978 to 1982.

Spencers walled garden is very traditionally English and many visitors call it 'romantic', with its eighteenth century greenhouse (supposedly the oldest in Essex), pergola, herb garden, rose garden around the central sundial and secluded resting places. Following Tom Stuart-Smithâ€™s renovation it overflows with spectacle - huge tumbling wisteria, armies of true-blue Lord Butler delphiniums. Rab lived at Spencers in the 1970s-80s), a dazzling herbaceous border, vibrant green clover garden and a rich variety of roses in many forms. It has been recently featured in Country Life and The English Garden. 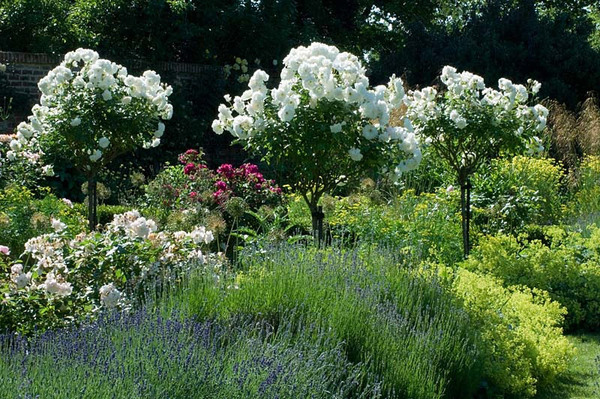 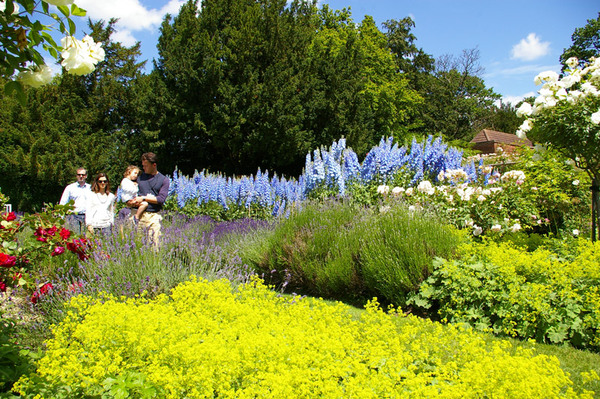 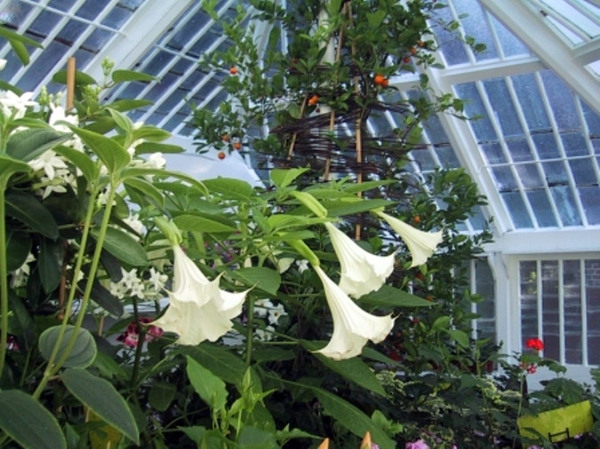 There had probably been a much earlier house on the site. The first version of the present house was built around 1760 by Viscountess Bateman (who was born Lady Anne Spencer) with money provided by her illustrious grandfather, the first Duke of Marlborough.
In 1783 Spencers (including its â€œGreen ho. full of fine myrtlesâ€) was bought by Gregory Way for Â£1,400. The Ways owned Spencers for some 130 years. They were a cultivated family with literary friends such as the poet William Wordsworth who visited Spencers.
In 1937 the arctic explorer August Courtauld and his wife Mollie bought Spencers. Courtaulds, the family textile company, had been founded in nearby Pebmarsh in the 18th century. August had made his name by surviving an arctic winter alone during which, for six weeks, he was trapped by an ice storm inside his igloo which became buried in the icecap.
In World War II - with August away in the Navy - Mollie, their children and Spencers survived â€œdoodlebugsâ€ in the park, a large bomb on the lawn and plane crashes in the woods.
In 1959 August died of multiple sclerosis. Subsequently Mollie married the statesman "Rab" Butler - who held all Britain's great offices of state other than that of Prime Minister which eluded him three times and later became Master of Trinity College, Cambridge. He died at Spencers in 1982. Mollie lives there to this day.

Wisteria - two very ancient plants now cover the whole of a long wall with blooms in May and also high into the yews behind it.
Delphiniums - A large border of true blue Lord Butlers (named after "RAB" by the RHS) in flower for most of the summmer.
Daisy maze - a small secret garden of marguerite daisies cut through with winding paths.
Outstanding displays of roses including an "avenue" of standard icebergs, a Kifstgate arch and massed Graham Thomases around the central sundial.
Clover garden - a expanse of restful green clover (contrasting with the brilliant colours elsewhere), surrounded by espliered pears.