The Abbey has two remarkably good cloister garths. In the large cloister, the covered walkway is the delight. The lawn is dull and would be better managed as a wildflower meadow. The greenspace with a foutain, in the small cloister, is charming.

The original West Minster was founded in 605, enriched by Edward the Confessor and dedicated by him in 1065, one year before the Norman Conquest. The monastry was run by the Benedictine order until the dissolution in 1540. Much of the present church was built by Henry III between 1245 and 1272. Gardeners will be interested to see the Cloister, which is a plain rectangle of grass in the traditional manner, the Little Cloister and the College Garden. The cloisters were the centre of monastic life. Monks were sheltered from the wind and yet could sit in the sun. The Little Cloister is charming, unusually small in scale and ornamented with a fountain and garden planting. Its inner arcade is thought to date from the seventeenth century. The College Garden is on the site of the Abbey's original infirmary garden, used to grow medicinal plants, fruit and vegetables. Dr John Harvey located the 1306 herbarium on the site of the present knot garden. Dean's Yard is a handsome London square. The Jewel Tower, a fragment of the original Palace of Westminster survives on the other side of the road. It was made by Edward I, according to John Harvey''the aknowledged leader of the West, when just back from contact with the refinements of Palestine and nearly two years spent at the courts of Sicily, Italy and France'. 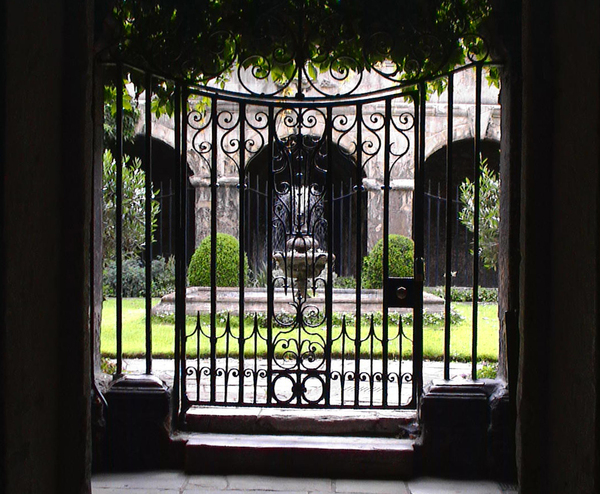 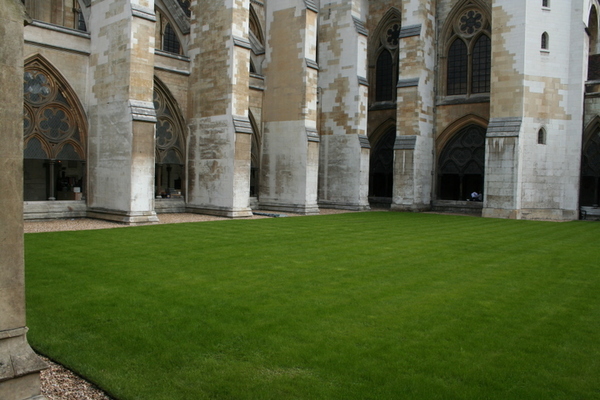 The Large Cloister in Westminster Abbey

Entrance fee for the Abbey. See website for details. CLOISTERS Admission is free. However, there is no access to the Abbey Church from the Cloisters. The cloisters are usually open when the Abbey is open - but check the website. COLLEGE GARDEN There is no admission charge however donations are invited towards the upkeep of the garden. It is usually open 10-4 on Tuesday, Wednesday and Thursday - but check the website.