Shalimar or Shalamar Bagh is on the shore of Lake Dal in Kashmir. The garden was started by the Emperor Jahangir and his wife, Nur Jahan. Its name means 'Abode of Love'. Additions were made by Shah Jahan and, in later ownership, parts of the garden were changed and parts were allowed to decay. Originally, the garden was approached from the lake by a long canal which has been cut by a road. There was a private garden for the emperor and another for the ladies of the court. Shah Jahan built a black marble pavilion in the ladies garden. It has a throne and a waterfall. The garden plan is a traditional charhar bagh with the central pavilion in a rectangular pool at the crossing point of the canals. The structure planting was of poplars and plane trees (called Chinar or Chenar in India).

Evolution of the charbagh four square garden 500BC to 1600AD 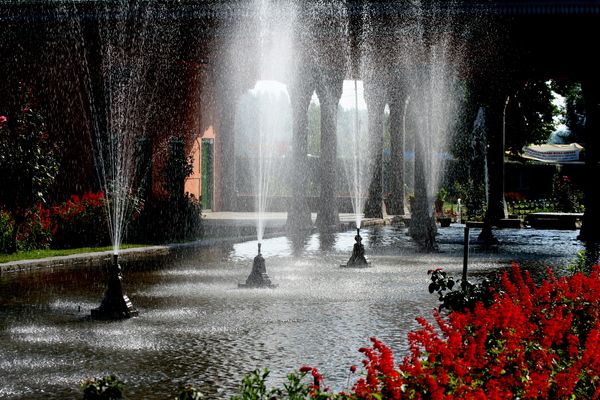 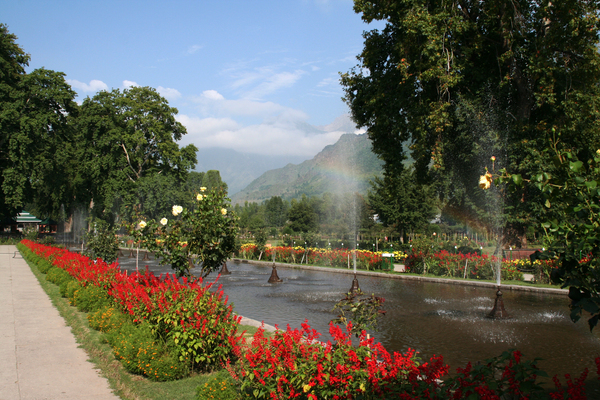 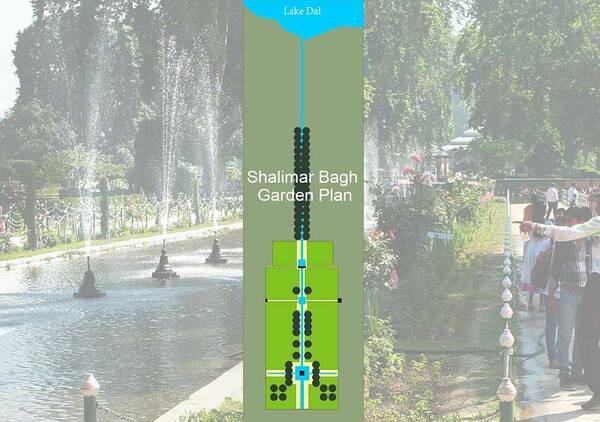 Shalimar Bagh has a canal leading to Lake Dal but this is no longer part of the garden, regrettably