Babur describes the layout of a garden in Agra. Its site has not been definitely identified but is thought to be that of the much changed Ram Bagh in Agra. This would make it the oldest surviving Moghul garden. Agra developed as the main capital of the Mughal Empire and it was a city in which gardens lined both banks of the River Yamuna (Jamna). The present design of the Ram Bagh was by Jahangir's wife, Nur Jahan. The main buildings were placed on a terrace by the river, not in the middle of the char bagh. [See comment by Villiers-Stuart in Mughal Gardens] 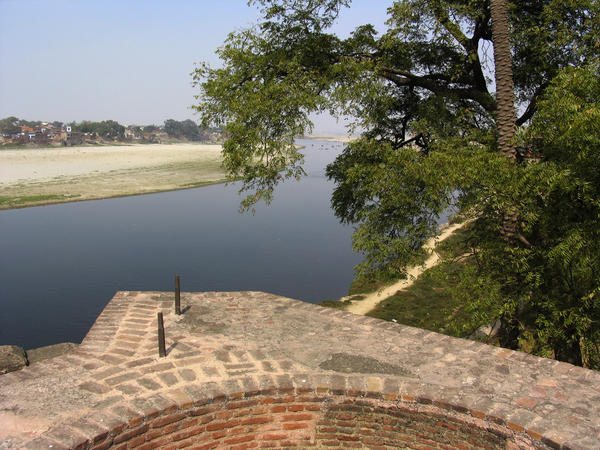 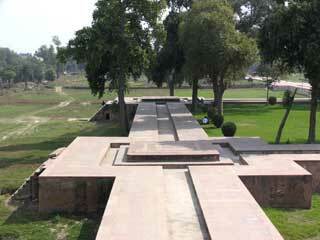 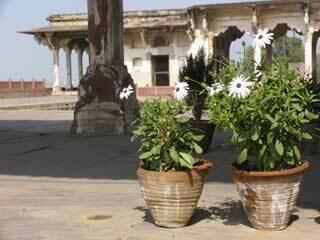 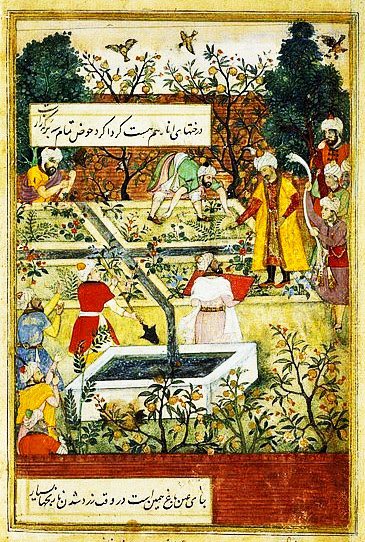 Babur laying out the Garden of Fidelity (location unknown) 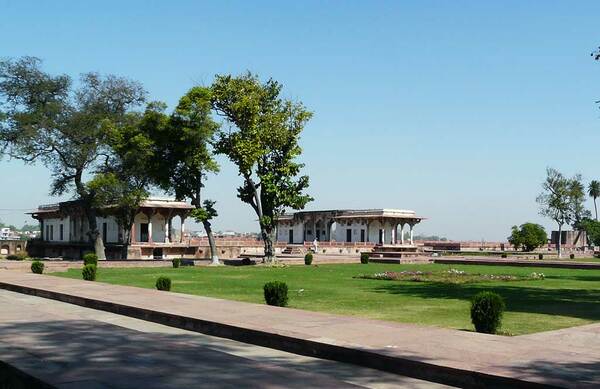