The Passeig de Sant Joan is one of the main avenues in Barcelona's Eixample. It pre-dates Ildefons Cerdá layout for the new city and runs from the lower end of the Barrio Gràcia all the way to the Arc del Triomph square, where it becomes Passeig de Lluís Companys before entering Parc de la Ciutadella as the Avinguda del Tillers.

Unlike other main Barcelona streets, it has very distinct three sections that correspond to classic main street layouts: the upper section is a Rambla (with an ample pedestrian section in the middle), the middle section could be described as an avenue (with ample road lanes and wide pavements) and the lower section has recently been developed into a boulevard (with ample pavements and narrow traffic lanes with a segregated cycle lane in the middle).

The design and development of this last section was subject to much political jostling and nudging within the Local Authority. It would appear to have been aligned along subtle ideological fracture lines: the socialist-nationalist architectural-establisment faction seemed to prefer a new Rambla cross-section, apt for large demonstrations of national fervour; whilst the socialist-ecologist landscape-inclined faction seemed to favour a boulevard cross-section with ample parterres and garden-like feel.

This fight for form in public space is in the very roots of the origins of modern Barcelona, as described by Chris Ealham in his book "Anarchism and the City", where the main forces behind the creation of the city that we can see today are outlined.

The original concept proposal for the Garden-Boulevard was developed by Jordi Santiago, Head of Green Space Management in collaboration with Landscape Architect Gabino Carballo, both of the Parks and Gardens Department. The Architect Lola Domènech and the Landscape Designer Teresa Galí were responsible for the design development and construction project finally executed. The new boulevard section opened in April 2011. 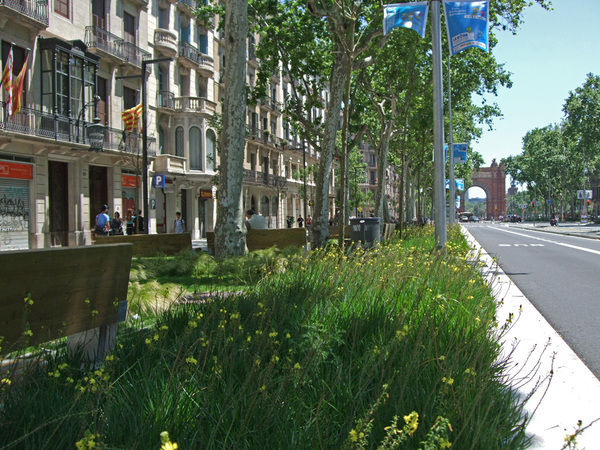 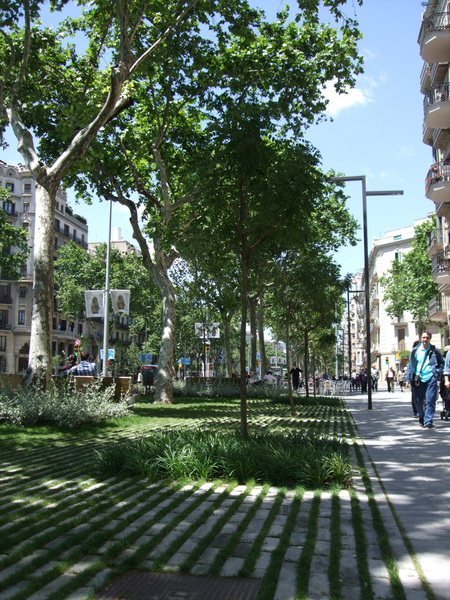 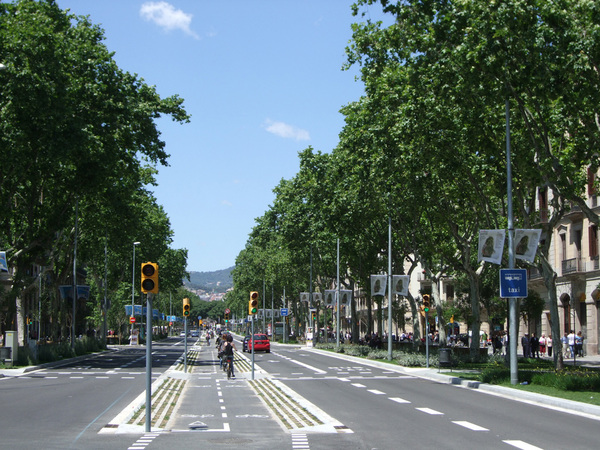