High above the city of Barcelona, in the vicinity of Montjuïc Castle, lay the gardens of Mirador del Alcalde, literally, "The Mayor's Prospect". Conceived and inaugurated in 1969 by the then Mayor of Barcelona Josep Maria de Porcioles, this project conveys some of the megalomania and controversial character of this Franco supporter who fought with tooth and nail for his city's independent spirit.

The project itself is a minor masterpiece of European Landscape Design. The development of the proposal was a truly multidisciplinary process. The landscape project was led and developed by the Architect Joaquim Casamor i Espona and the Horticultural expert Panella i Bonastre.

The biomorphic fountains at the heart of the scheme were designed by the Engineer Carles Buï¿½gas, pioneer in the use of light and water in landscape design, creator of the Magic Fountain at Montjuïc.

Even more astounding is the quality of the paving scheme, itself a work of art in its own right. Conceived and executed by the artist Joan Josep Tharrats, this paving is a modern take on the classical mosaic executed with recycled materials such as bottles, cogs, cobbles, bricks, and pieces of machinery.

The construction of the Mirador heralded the mountain space transition from military outpost into urban setting intended for the citizens of Barcelona. The project was clearly intended as an assertion of civility and urban life upon a mountain that had been mostly used to watch over its unruly inhabitants for centuries. Amazingly, these gardens laid largely abandoned and ignored for years, until they were carefully reinstated to their former splendour in 2009 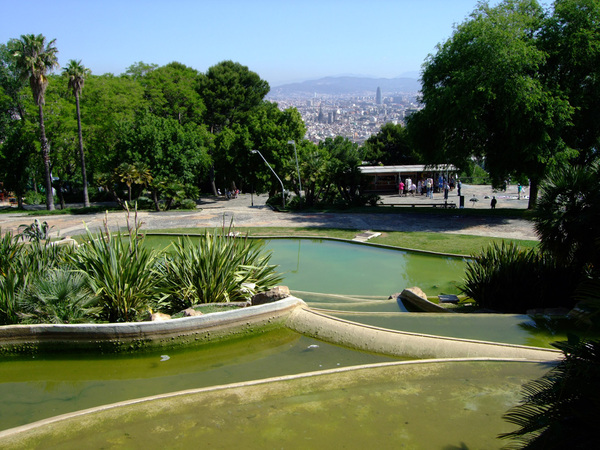 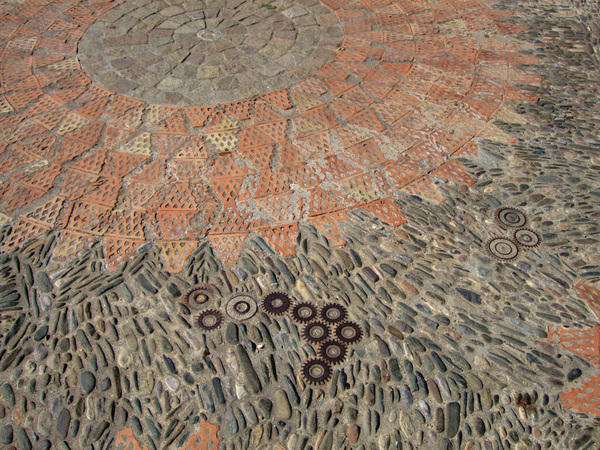 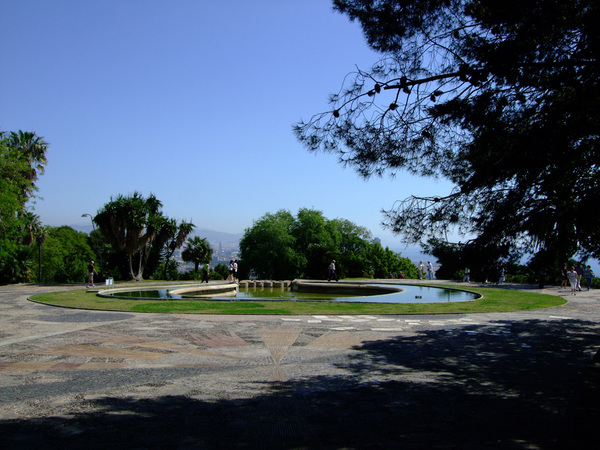