Barcelona Cathedral, known as La Seu, is in the Gothic district (Barri Gotic).There was a Roman basilica here in the 4th century. The present building was begun in the 11th century and carried on over hundreds of years. The cloister dates from the 14th century cloister and has 13 geese, one for each year in the life of the Santa Eulalia (a Christian martyr tortured and killed by the Romans). The cloister has a delightful fountain and some garden plants. 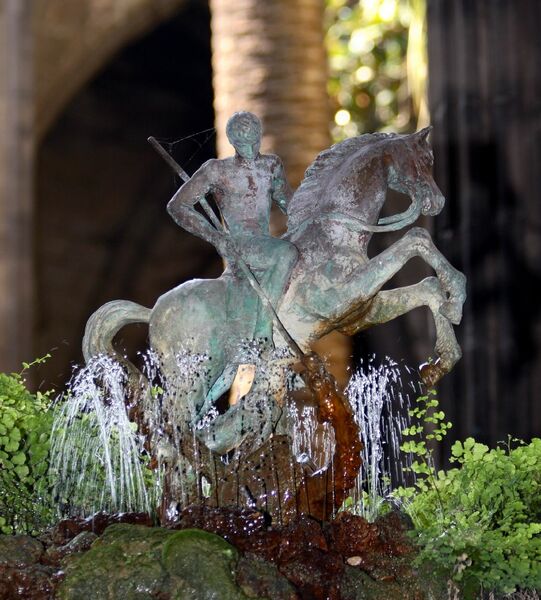 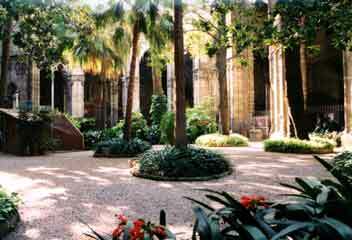 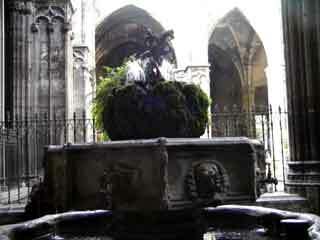