The Parc del Barri de la Primavera is one of the most recent public spaces developed in the city by reclaiming previously unused land.
Located upon the northern Montjuïc hillside facing the historic core of the city of Barcelona, this area has been the southern edge of the city until relatively recent times. Its steep hills have been home to lower income families living in modest dwellings, including
shacks, which used to cram the hillside until the 1992 Olympic Games 'slum clearance' operations.

The site on which the park stands has had a variety of uses in the past, despite its difficult topography: Small scale mining, light industry and housing are the most obvious. This variety of uses over time left a thick layer of unstable soils and debris mixed with contaminated land, rubbish and rubble, which had to be removed prior to excavation, along with most of the established vegetation. The design and construction of this park included the restoration of an air raid shelter known as 307 and the construction of a new and very large underground refuse treatment facility, placed precisely underneath the children's play area.

The choice of planting comprises of well tested Mediterranean species, combined with some experimental planting like the mass planting of local willow species as ground stabilisation in certain areas. This is a novel solution within the urban context of a Spanish Mediterranean city and it remains to be seen whether it will be accepted within the range of acceptable engineering solutions in the future.

The park is already popular with neighbours and  visitors trying to find their way through the labyrinthine access routes that lead up the Montjuïc hillside, as it offers great views over the city and provides much needed visual clues for finding the right route to the various
tourist attractions higher above the site.

The design process was developed by the Parks and Gardens Department, led by the Head Architect Patrizia Falcone, the Landscape Architect Gabino Carballo, and Lluis Abad as horticultural expert.  The difficult site conditions required a valuable input from the Construction Engineer Lluís Capilla. 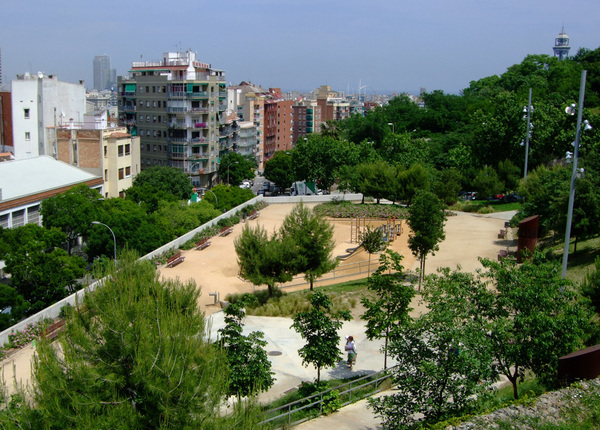 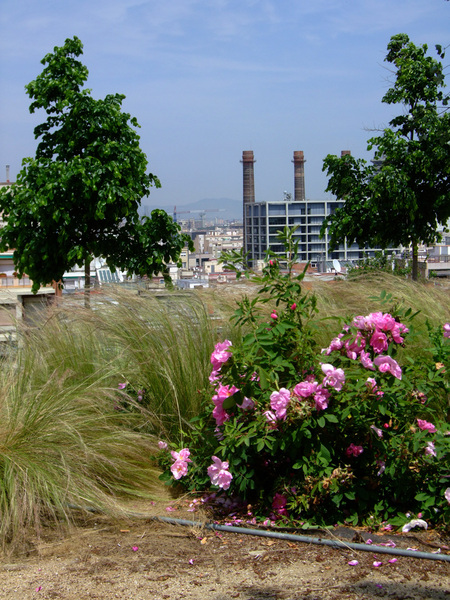