The best and most famous example of Art Nouveau landscape-architecture has been designated a UNESO World Heritage Site. Count Eusebi Guell, a wealthy businessman, conceived the project as infrastructure for a garden suburb on what Gaudi described as 'the treeless mountain'. The only parts to be completed, before worked stopped in 1914 and it became a public park in 1922, were a grand entrance, two houses, 3km of paths, a marvellous terrace and the hippostyle hall, planned as an underground market. Guell's friend, Antonio Gaudi, was the designer. Both men intended that the project would express the spirit of Catalonia as a potentially independent nation. The park is very popular and has an obscure symbolic content. Shapes and colours were inspired by natural forms which Gaudi, a devout catholic, saw as instances of divine craftsmanship. The park is set into the hills overlooking Barcelona. Serpentine terraces, seats, galleries and acrades run with the mountainside. They are decorated with polychrome mosaics of broken stone, ceramic pots and old tiles. The bright colours might remind one of azuelejo. The curved terraces might remind one of Duncombe, the path layout of Buttes Chaumont. But the design has an energetic brilliance which belongs more completely to the twentieth century than any other public park made in Europe during the first half of the twentieth century. 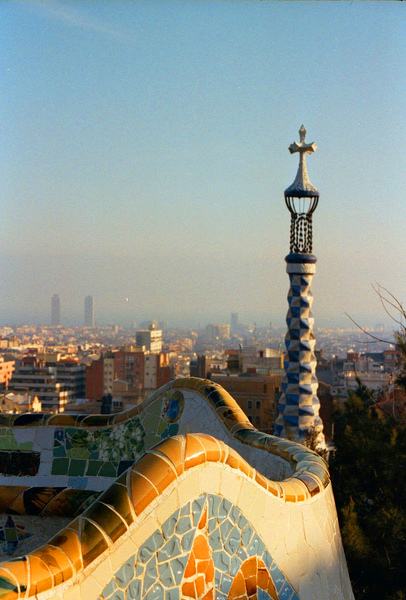 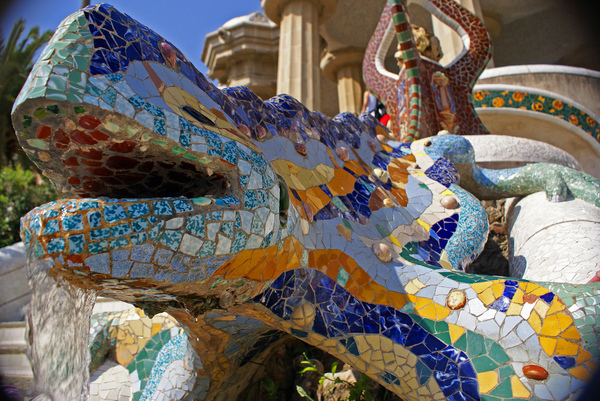 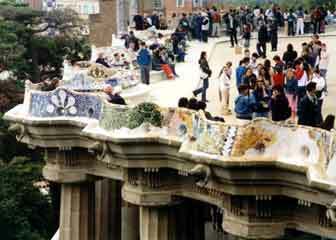 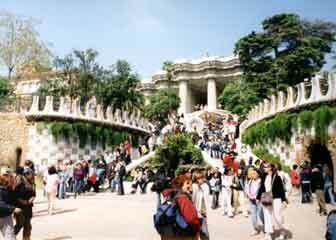 All year, Daily, Open 10am to dusk