An organic community garden owned by Islington council and developed since 2005. The Friends of King Henry's Walk Garden manage the garden with an emphasis on encouraging wildlife and promoting biodiversity. There is a pond, woodland area and gate designed by Heather Burrell. The garden attracted much publicity when visited by Kate, Duchess of Cambridge in January 2019.

This once derelict site has been transformed by volunteers into a beautiful organic garden, providing an opportunity for local residents to grow their own vegetables, fruit and flowers, to join in the year-round programme of workshops and events, or just to come and relax in a peaceful oasis.

The garden contains a large raised bed area, alongside the south-facing wall planted with espalier and fan-trained fruit trees, which is split into small plots for allocation to local people. In addition, beautifully planted flower borders around the lawn provide a space where visitors can sit and relax, and a low bridge across the pond gives a chance to observe the wildlife in the water at close hand. The layout has been designed with accessibility in mind and, in addition, a number of large metal planters are particularly suitable for use by those in wheelchairs or who have difficulty bending down.

The site also includes a small area of woodland, most unusual in this part of Islington, which is managed as an area of wildlife habitat. All planting has been planned with a view to biodiversity and the need to attract beneficial insects.

The garden is run on sustainable principles, so all garden waste material is composted and reused on site. The raised beds and brick paths were built using recycled materials. A custom-built system harvests rainwater from the roofs of neighbouring buildings for use in the garden. 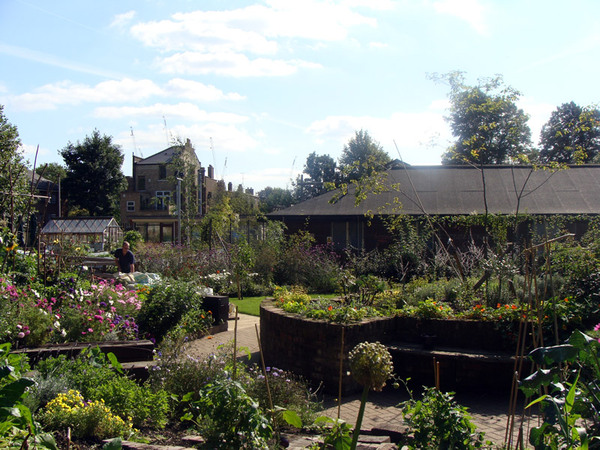 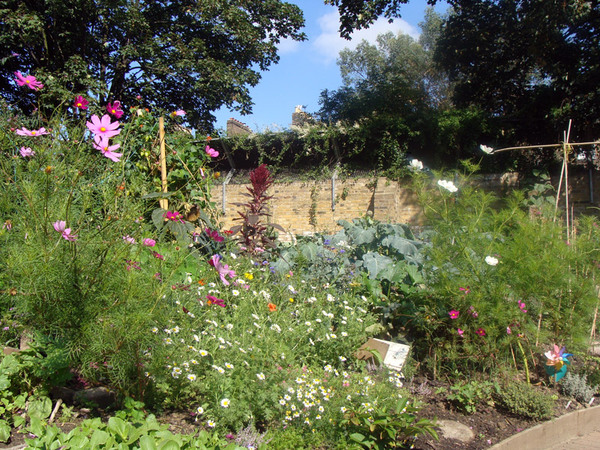