A vast development in the City of London. To some, it is a forest of tower blocks. For others, there are many exciting features including massed fountains, a cascade, roof gardens, trees growing on columns, great pools and a sitting area which is set below water level. It is a prime example of the Abstract Modern design style.

However, many of the spaces are bleak and draughty. Extensive pedestrian decks cover the parking areas and access roads. The scheme was designed by Chamberlain Powell and Bon in the 1950s and is now almost complete. Visitors joke that it is almost impossible to find one's way about. This has been countered by painting lines on the brick paviors. One can follow them, as Theseus followed his string to escape from the Labyrinth. 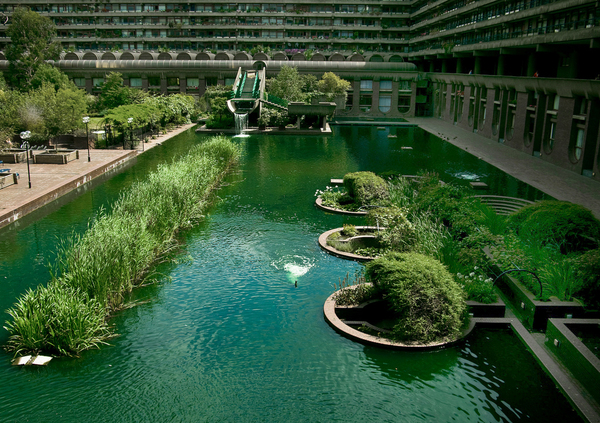 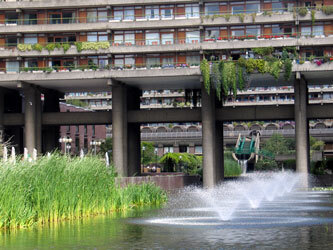 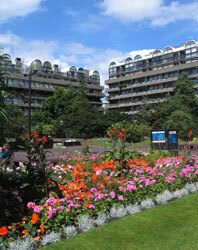