The finest seventeenth century architecture/landscape composition in Britain. The land was imparked, for deer, in 1433 and walled in 1661. The Queen's House, by Inigo Jones, was built 1661-2 and later became the focal point for the park design. The Royal Naval College, by Christopher Wren 1696-1705, is now occupied by the University of Greenwich and Trinity School of Music. The network of avenues was planted in 1661 by Charles II. Le Notre did not visit England but his design for the grass parterre was implemented in 1662. It is overlooked by the the Giant Steps which rise up to the statue of James Woolfe, sited on the hilltop in 1930. The southern section of Greenwich Park now has the characteristics of a nineteenth century park: a bandstand, a tea pavilion, tennis courts, a cricket pitch and a flower garden with gardenesque circular beds of the type which J C Loudon advocated. The remnants of the deer herd which roamed the Park until the 1930s are enclosed in the south east corner of the park. Blackheath, which lies to the south of Greenwich Park is a treeless expanse of grass with a fringe of Georgian and Victorian buildings. It was formerly a 'wild' heath, like Wimbledon Common, but was reclaimed for playing fields after being used to dump rubble during the Second World War. While visiting Greenwich Park, it is interesting to see William Kent's design for the Royal Barge in the National Maritime Museum. See Greenwich Park on Instagram See Greenwich Park on Facebook

The Queen's House is also used as a venue for garden weddings (see below).

Overlooking Greenwich Park, the Queen's House is a wonderful setting for garden weddings. 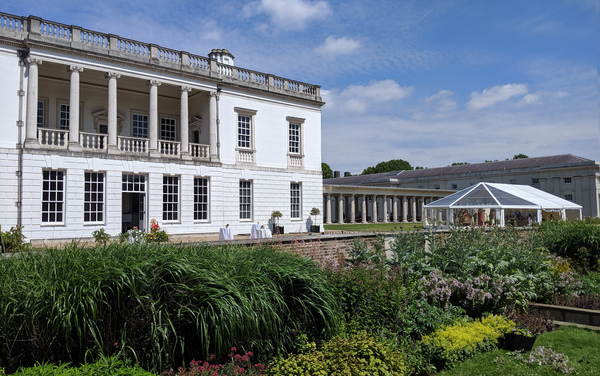 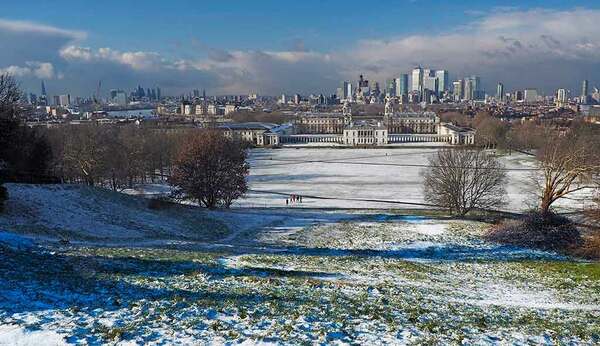 Snow picks out the Le Notre partere below the Giant Steps 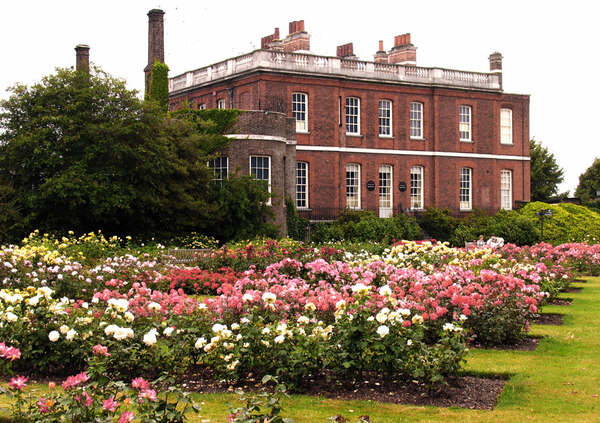 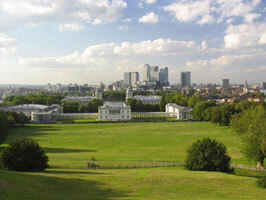 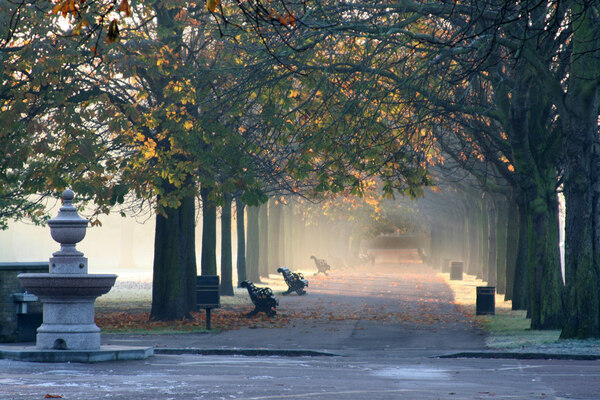 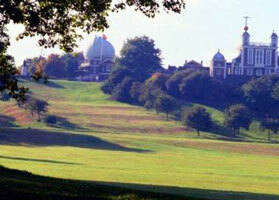 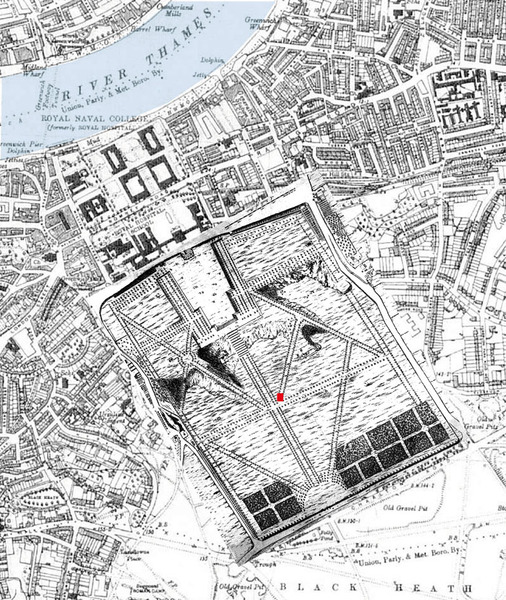 Greenwich Park, with the 1675-80 Pepys Plan superimposed on an old OS plan 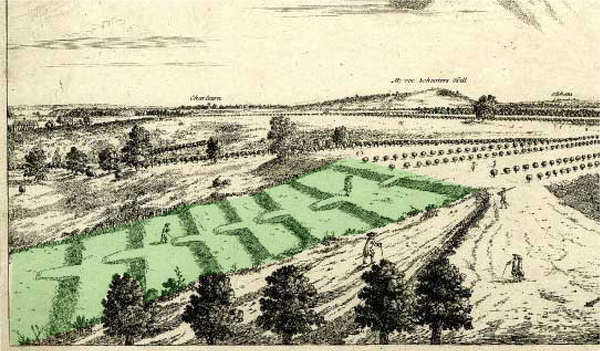