The Medici's Florentine villa, now one of the world's most august galleries, has a famous garden. The original 1549 garden, designed by the sculptor, Tribolo, was similar to his work at Villa Castello. His clients were Duke Cosimo I and his strict, demanding, arrogant, but loyal Spanish wife, Eleonora of Toledo. The renaissance design was as regular as it could be on an undulating site. During the century after its inception, the garden changed and developed with help from many prominent designers. It became Florence's grandest garden, with an early baroque drama and some avenues. This suited the theatrical events which were held. The great grotto, designed by Buontalenti, is near the Palace and contains Giambologna's Venus and Michaelangelo's four Slaves. There used to be water tricks and games. The natural amphitheatre behind the Pitti Palace was made into a real amphitheatre after 1600 and continues to be for plays. The garden was then extended to the west (c1620). Walks lead up to a ridge and down to an enchanted oval garden with the famous Isoletto, an island of lemon trees and sculpture. The island has Giovanni da Bologna's statue of Oceanus, described by Burkhart as 'more simple and majestic than any other fountain in Italy or the whole western world' [Gothein p.292]. 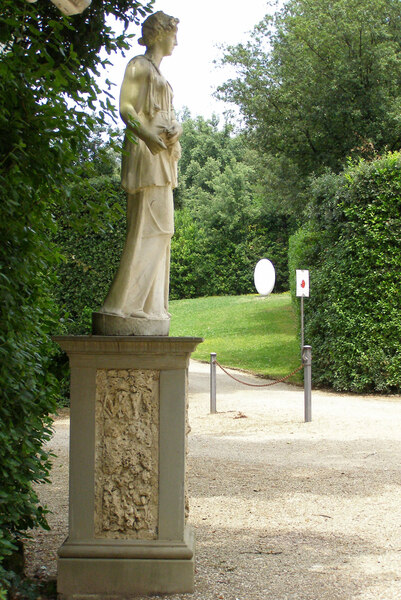 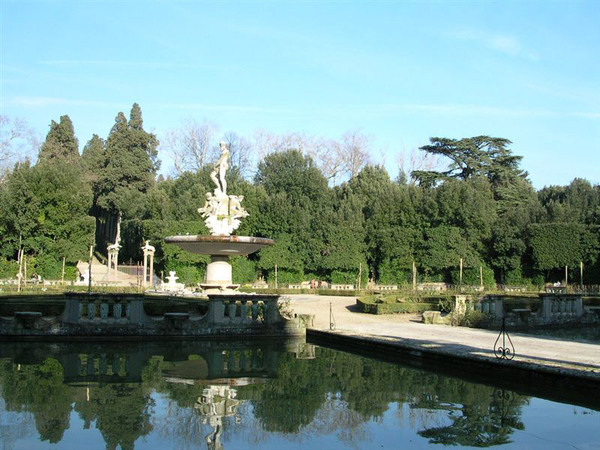 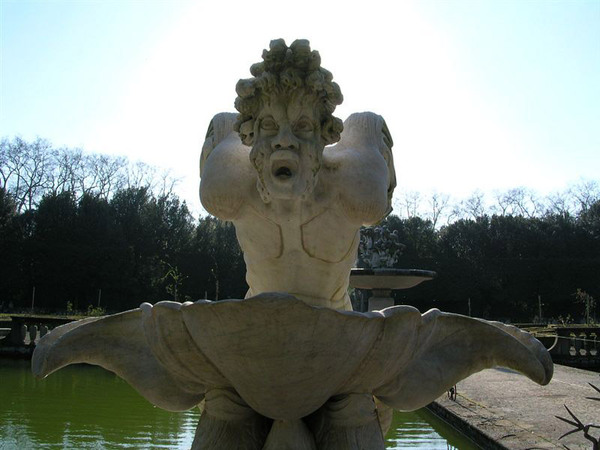 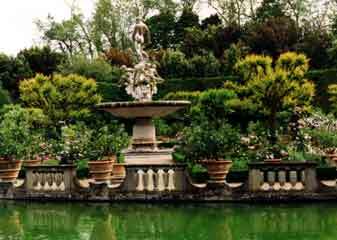 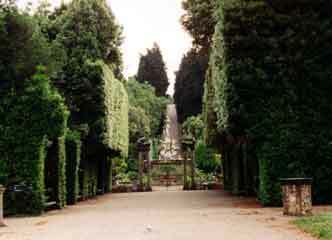 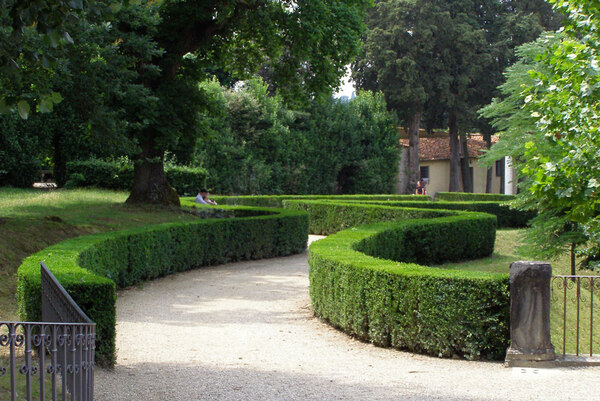 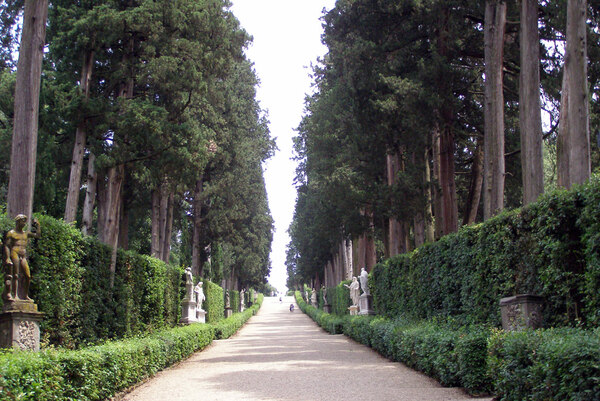 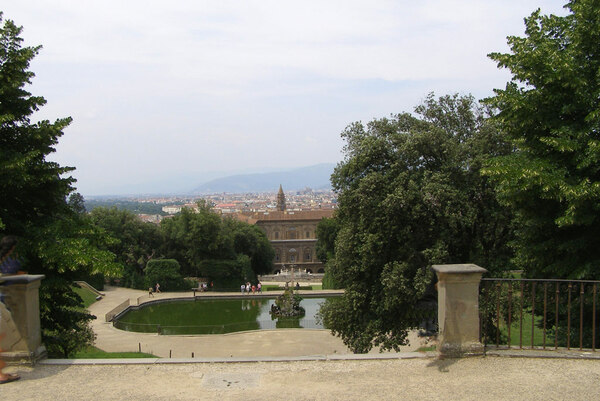 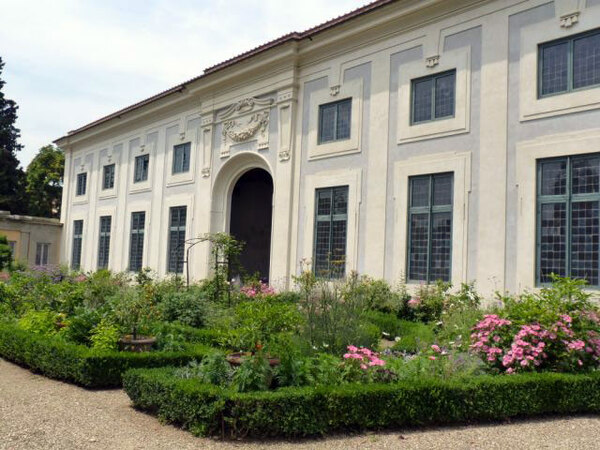 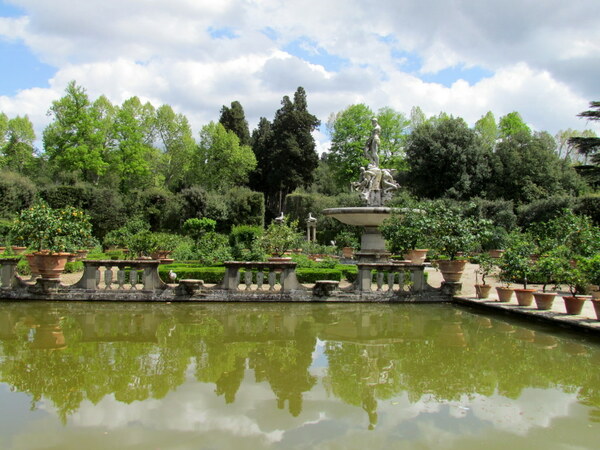 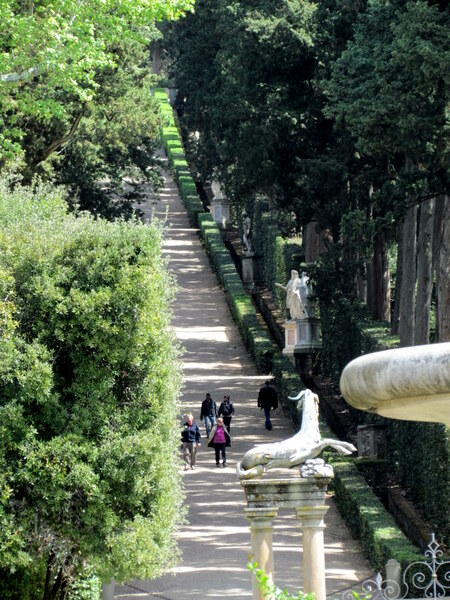 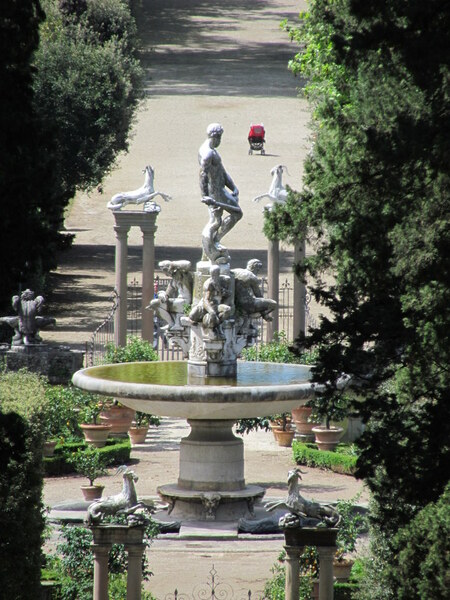 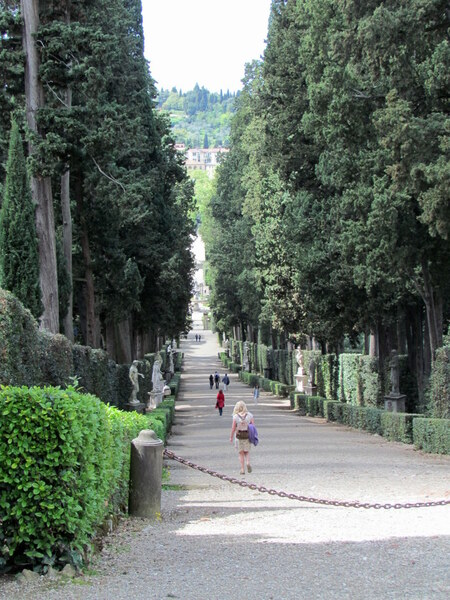 All year, Daily (except first and last Monday of each month), 9am to closing (varies according to season)