This quattrocento fortified villa is but one remove from a castle. The garden nestles behind a high wall and is famed as the place where Cosimo de' Medici (1389-1464) assembled his Platonic academy. Michelozzi was employed to transform the medieval manor house into a comfortable residence with elegant logias. The garden was laid out in imitation of a Roman villa with space for outdoor living, of the type Pliny wrote about in his letters. A 1636 drawing shows the house and garden much as they are today, though without the circular pool. The original planting was botanical. Cosimo also employed Michelozzi to work on Medici Villa at Fiesole. Careggi looks inward, with the Middle Ages. Fiesole looks outward, with the renaissance. One should visit them in the correct order. Cosimo, the most celebrated of all the Medicis, died here in 1464. 'Everything the Venetians have, everything that Tuscany has is planted in this garden. The whole assortment of fruittrees puts forth in this garden, and this garden bears every verdant species of it; here you will be able to enjoy thte scents of all the flowers, here you seek there will be every kind of leguminous plant' (letter by Alessandro Braccesi (1445-1503) to Bernardo Bembo)

The Careggi Villa was bought by an Englishman, Francis Joseph Sloane, in 1848 are 'restored' to what he thoght was 'the villa's fifteenth-century appearance' (Medici gardens: from making to design By Raffaella Fabiani Giannetto, p.2). Sloane was the son of a banker and a geologist. He also planted exotic trees, including cedars and sequoias, and built the lemon-house. In 1936, the villa became the property of the Santa Maria Nuova Hospital. It is now the headquarters of the Careggi Hospital. 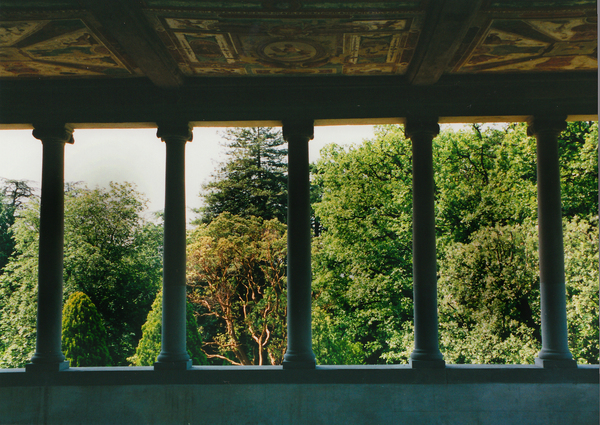 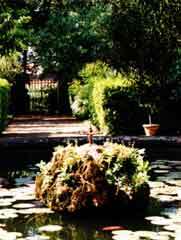 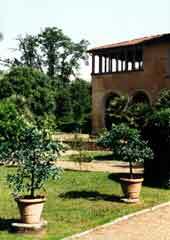 Admission only by permission of the hospital administration.