Courance is described, with justice, as 'one of the lovliest gardens in France'. The moated chateau, some axial lines and a superb entrance avenue of plane trees survive from the seveneenth century layout, which was otherwise dull. The owner was guillotined during the French Revolution. The park was adapted to the English style. The chateau was abandonned for 40 years. Achille Duchene (see page ..) worked on the estate in the years before the First World War and the garden was not so much 'restored' as 're-created'. Seventeenth century ideas were used in new ways. Fresh clear water pours from carved heads into rectangular ponds which are alive with enormous carp. Duchene's high standard of craftsmanship and good design sense remind us that this was a period when large comfortable domestic gardens were being made all over Europe. Despite Courrance's classical geometry, the garden immediately strikes one as more a charming family home than a classical showplace. In the First World War it was a hospital. In the Second World War, it was occupied by the Germans. Fieldmarshal Montgomery was in residence from 1947 to 1954. The park underwent further restoration after 1948. [see Duchene, Achille Les jardins de l'avenir 1935] 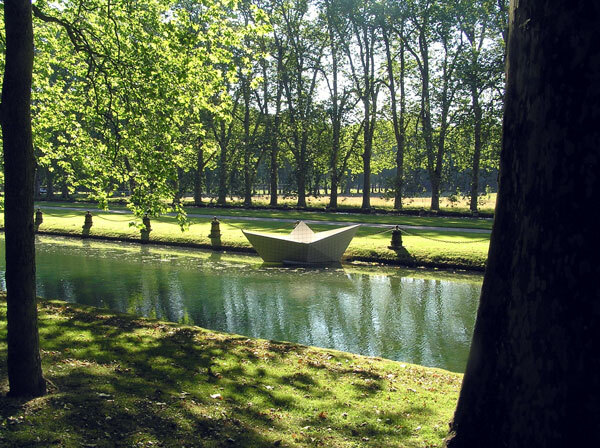 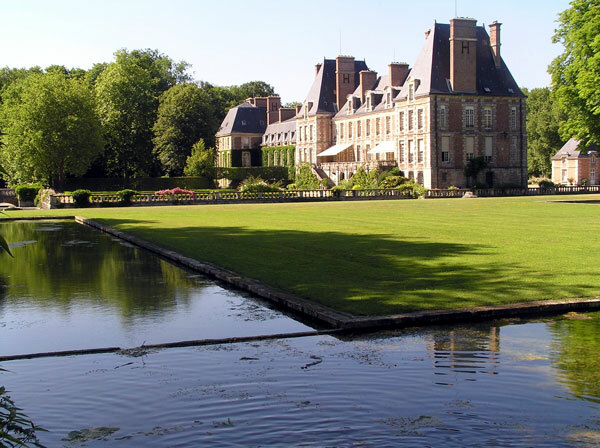 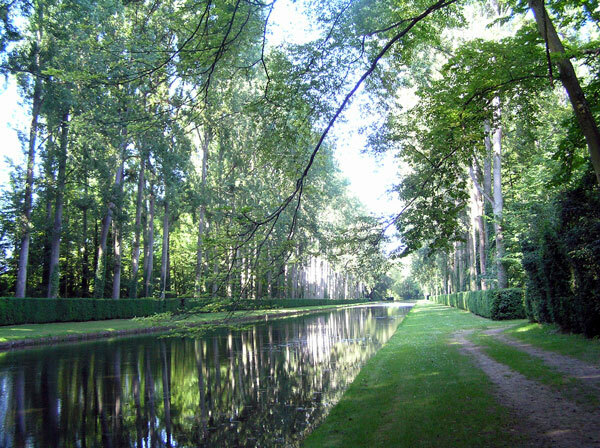 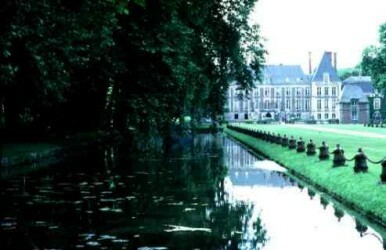 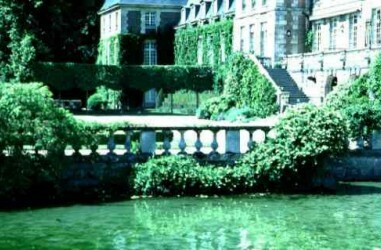 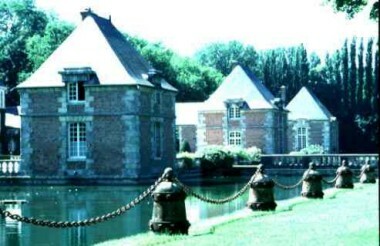