The most elegant and geometrically harmonious of all high Baroque gardens. Vaux was designed, before Versailles, by Andre le Nôtre and Louis II le Vau. The composition is perfectly proportioned and soothingly harmonious, with the gardens organised on a central axis. The axial principle derives from Bramante and was recommended by Andre Mollet. At Vaux, the axis passes through parterres, over basins of water, and into forests. Brilliant use of the landform allows many surprises. Yet the composition is balanced from every point of view. The garden was laid out for a rich financier, Fouquet, and had many statues which Louis XIV removed after casting the owner into jail for being overly ambitious. Vaux was designed as place of show, and remains splendid for a day's promenade. It was not designed, or used, for domestic pleasure. Vaux fell into disrepair after Fouquet's arrest. Eventually, it was carefully restored by Henri and Achille Duchêne after 1875. They used less license here than at Courance. 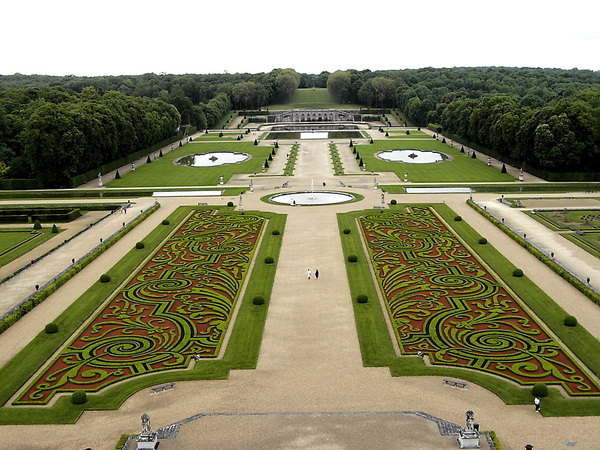 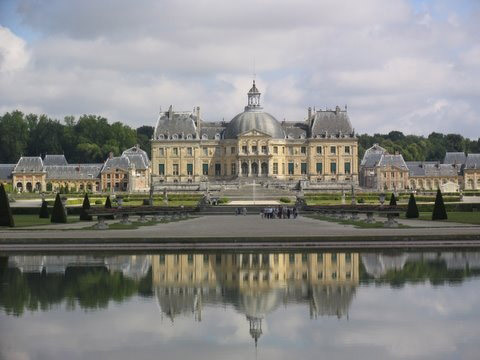 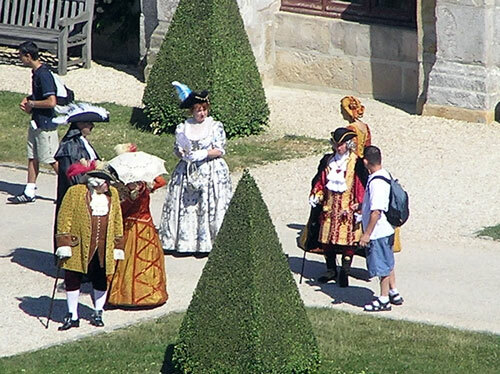 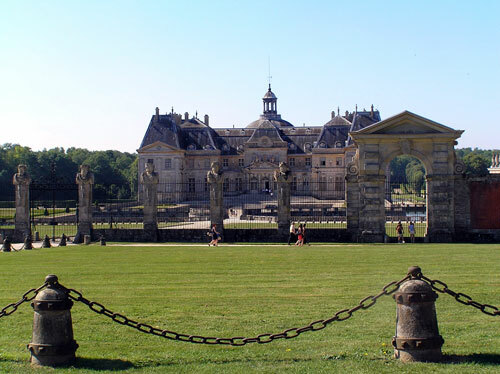 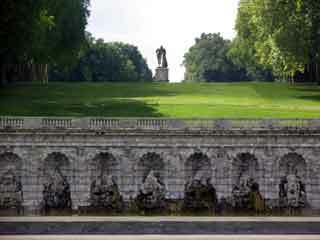 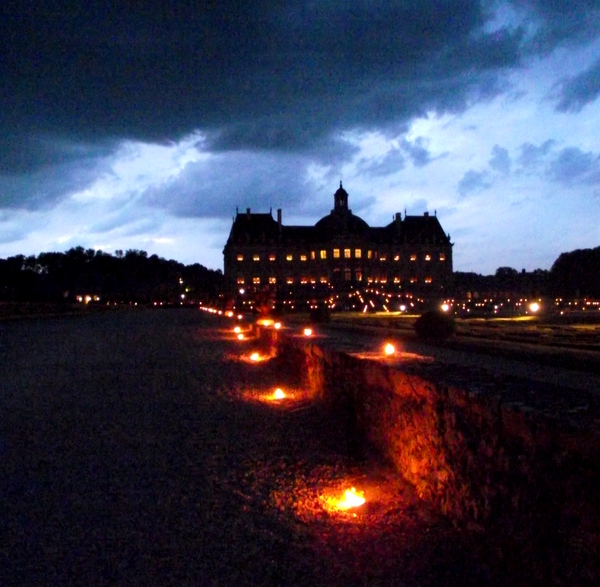