The Baths of Caracalla took the form of a large open garden with vast vaulted buildings for public bathing and swimming. They were built c217 A.D. by the emperor Marcus Aurelius Antoninus (also known as Caracalla). Water was supplied by a branch of the Aqua Marcia aqueduct, which brought pure water to Rome from the hills near Subiaco, over 90 km away. It flowed into a large cistern and then through pipes the gardens and buildings. The whole complex, known as a Therme, resembled a modern leisure centre. It had shops, bars and brothels. A garden was laid out around the Baths during the twentieth century but nothing is known about the ancient planting arrangement. Roman Baths were a favourite subject for the painter Alma Tadema. The Frigidarium was the coolest of the bathing facilities and could be out of doors. 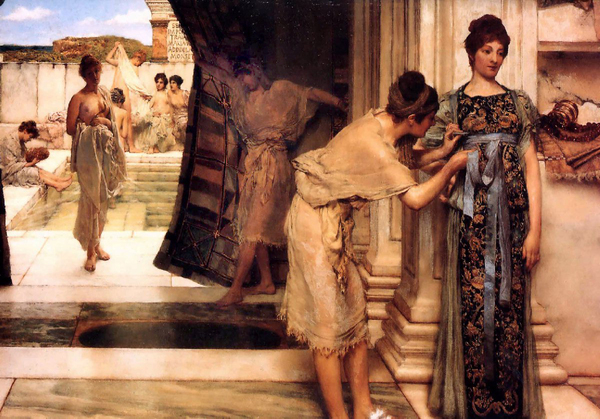 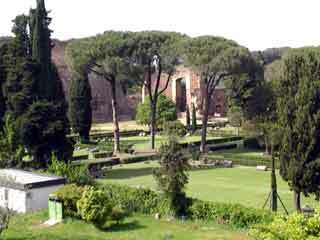 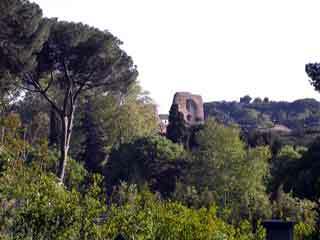