The Appian Way Park has the best preserved section the Rome's imperial roads and travelling along it gives some idea of the Roman campagnia (landscape) in ancient times. It has been designated a regional park and deserves wider recognition as a prime example of a Greenway: it was designed for human- and animal-powered traffic and has been returned to this use. The best possible to way to arrive in Rome is by foot (or bicycle) from Ciampino Airport to the San Sebastiano Gate. It is about 500m from the airport to the Appian Way and one can then tramp, like a centurian or prisioner, to the gates of Rome. For garden historians, part of the interest of the Appian Way landscape lies in its influence on those who undertook the Grand Tour and, like William Kent, returned with a desire to re-create the landscape of Agustan Rome in the North Europe of the eighteenth century. 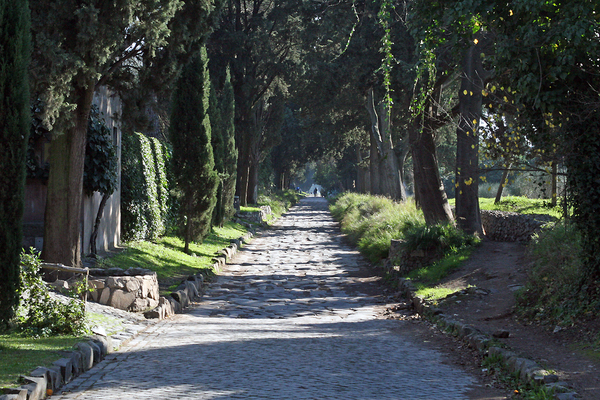 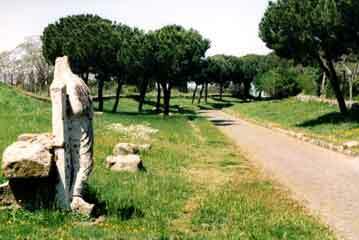 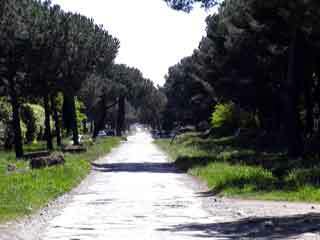