The circular Temple of Hercules Victor (formerly thought to be a Temple of Vesta) is the remnant of a Greek sanctuary in Rome, built in the second century BC. The building material is Pentelic marble, from near Athens, and it is likely that the designers and builders were also Greek. The Temple stands in the Forum Boarium by the River Tiber, though a modern highway has destroyed the relationship with the river. The area is of interest to garden historians as one of the places which formed the eighteenth century view of the landscape of antiquity, which inspired the landscape gardens of that era (see also: information Tivoli Gorge and Appian Way). 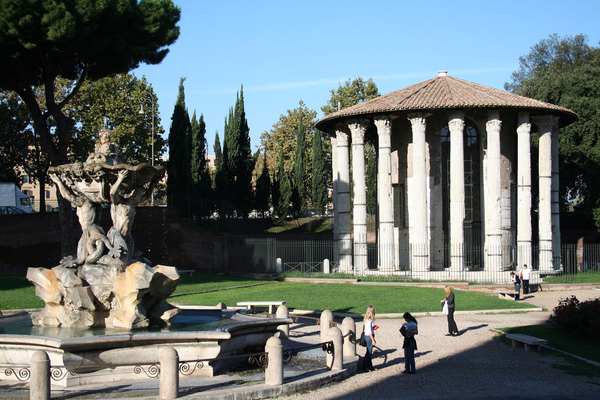 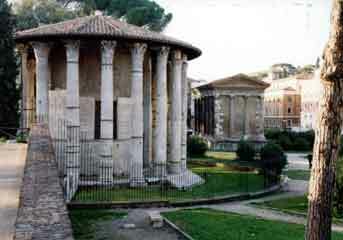 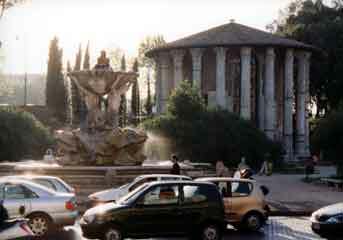