The House and Garden of the Vestal Virgins (Atrium Vestae) in Rome's Forum is an example of an ancient garden type: an outdoor space for a priestly cult. The garden was both a religious space and a domestic space. The Vestal Virgins, priestesses of the cult of Vesta, lived here from the 6th century BC to the end of the 4th century AD. Their house is located on the Forum Romanum, just behind the Temple of Vesta. Vesta was the Goddess of the Hearth. The Virgins came from Rome's noblest families, serving for thirty years (eg from the age of 6 to 36) and then becoming private citizens again. They tended the hearth and fire and sprinkled them with holy water from Egeria. The planting of roses and the return of water to the basins has revived something of the old character of this peristyle garden. 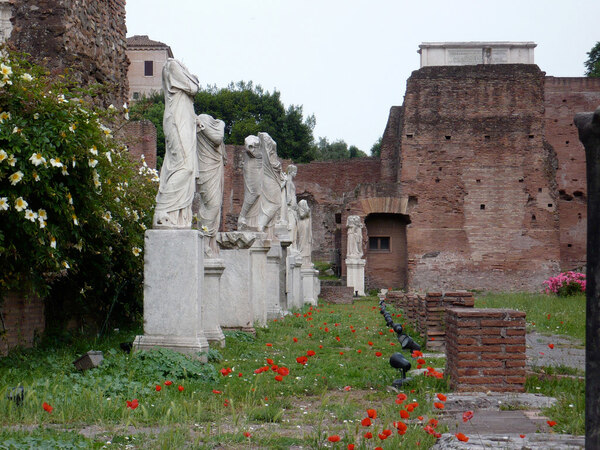 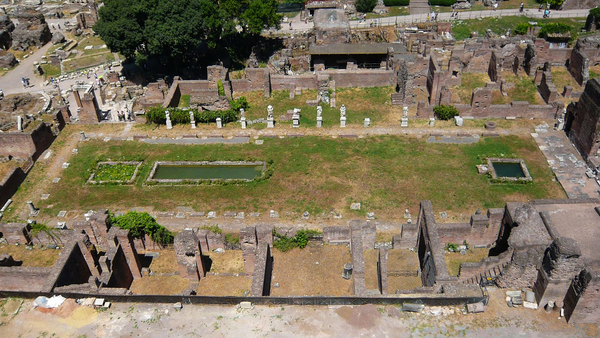 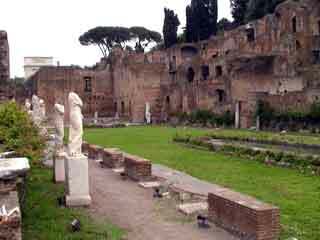