Our word 'palace' comes from the Palatine Hill on which the palace of the Roman Emperors was built. Deriving from earlier palaces in Macedonia, Mycenae, Crete and West Asia, the Emperors' Palace was an interpenetration of buildings, roofed colonades and outdoor courts. The surviving courts are among the most easily identifiable features of the Palatine ruins: (1) Augustus Court, in the House of Livia, (2) the oval Nymphaeum in Augustus' palace, originally one of a pair (3) the Labyrinth Court, occupied by a maze-like garden feature, (4) the Fountain Court, now viewed from above, with a rectangular outer canal and semi-circular inner canals, (5) the two Peristyle Courts, one of which contained a pool and fountain (6) the large Hippodrome, which may have been used as a stadium. In their time, these courts must have been the grandest gardens in Rome. Small patches of mosaic paving and the brilliant quality of the sculpture in the Palatine museum give an idea of their ancient quality. Most of the statues were copies of Greek originals which presumably stood in sanctuaries. 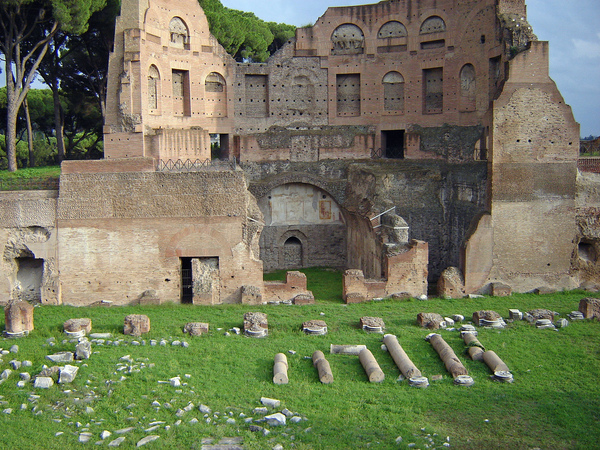 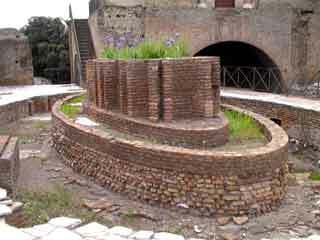 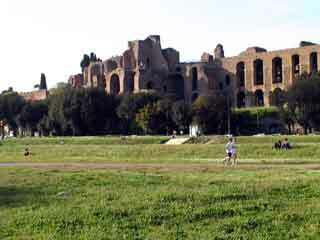