From c1700 until the demolition of the house in 1840 Wanstead Park was one of the finest examples of a late-Baroque park in England. Traces of the design survive but the dominant character is now that of a Picturesque Style park.

Stephen Switzer in Ichnographia Rustica (1718), attributes the design to George London.  Jan Kip and Leonard Knyff published a view of the estate in 1715. The great  Palladian house designed by Colen Campbell was built in 1725. John Roque included a plan of the garden in his map of London (c 1745). It drifted towards the Serpentine Style during the eighteenth century and in 1813 William Pole-Tylney-Long-Wellesley invited the Humphrey Repton to advise on the estate.

Sir Josiah Child (1630-1699), Governor of the East India Company, bought the Wanstead estate in 1673 and lavished his wealth on the garden. For March 16th 1683 John Evelyn wrote in his diary that: I went to see Sir Josiah Child's prodigious cost in planting walnut-trees about his seat,f and making fishponds, many miles in circuit, in Epping Forest, in a barren spot, as oftentimes these suddenly monied men for the most part seat themselves. He from a merchant's apprentice, and management of the East India Company's stock, being arrived to an estate ('tis said) of £200,000; and lately married his daughter to the eldest son of the Duke of Beaufort, late Marquis of Worcester, with £50,000 portional present, and various expectations.

In 1724 Daniel Defore wrote that From hence I came over the forest again - that is to say, over the lower or western part of it, where it is spangled with fine villages, and these villages filled with fine seats, most of them built by the citizens of London, as I observed before, but the lustre of them seems to be entirely swallowed up in the magnificent palace of the Lord Castlemain, whose father, Sir Josiah Child, as it were, prepared it in his life for the design of his son, though altogether unforeseen, by adding to the advantage of its situation innumerable rows of trees, planted in curious order for avenues and vistas to the house, all leading up to the place where the old house stood, as to a centre. In the place adjoining, his lordship, while he was yet Sir Richard Child only, and some years before he began the foundation of his new house, laid out the most delicious, as well as most spacious, pieces of ground for gardens that is to be seen in all this part of England. The green-house is an excellent building, fit to entertain a prince ; it is furnished with stoves and artificial places for heat from an apartment in which is a bagnio and other conveniences, which render it both useful and pleasant. And these gardens have been so the just admiration of the world, that it has been the general diversion of the citizens to go out to see them, till the crowds grew too great, and his lordship was obliged to restrain his servants from showing them, except on one or two days in a week only. The house is built since these gardens have been finished. The building is all of Portland stone in the front, which makes it look extremely glorious and magnificent at a distance, it being the particular property of that stone (except in the streets of London, where it is tainted and tinged with the smoke of the city) to grow whiter and whiter the longer it stands in the open air. As the front of the house opens to a long row of trees, reaching to the great road at Leightonstone, so the back face, or front (if that be proper), respects the gardens, and, with an easy descent, lands you upon the terrace, from whence is a most beautiful prospect to the river, which is all formed into canals and openings to answer the views from above and beyond the river ; the walks and wildernesses go on to such a distance, and in such a manner up the hill, as they before went down, that the sight is lost in the woods adjoining, and it looks all like one planted garden as far as the eye can see.

The Corporation of London purchased the estate in 1880 and continue to manage it as  part of Epping Forest. One could spend an hour walking through the park without realising it had ever been part of a great garden. But a few features survive, including the Temple, the Grotto, an Avenue and the water features. As discussed in a blog post on Wanstead Park, more could be done to remember its design history.  See also Friends of Wanstead Parklands @FWP2009 ‏ 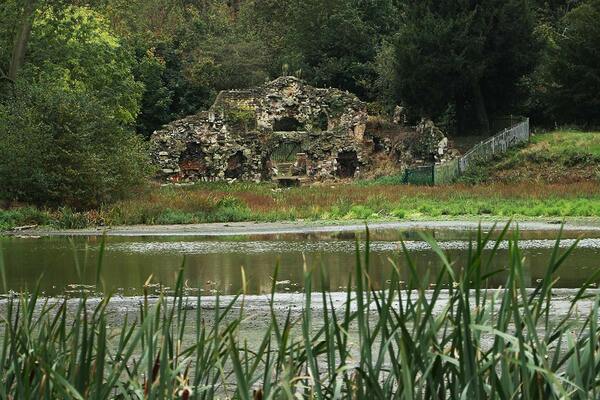 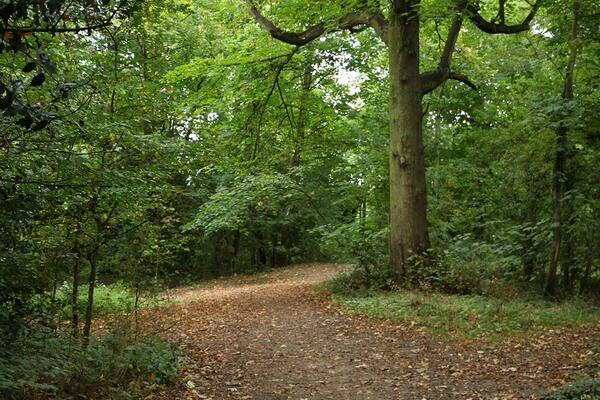 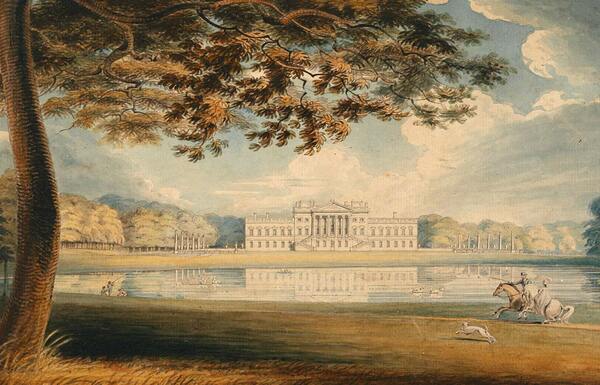 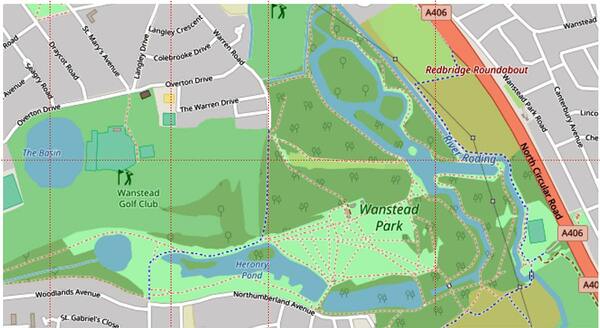 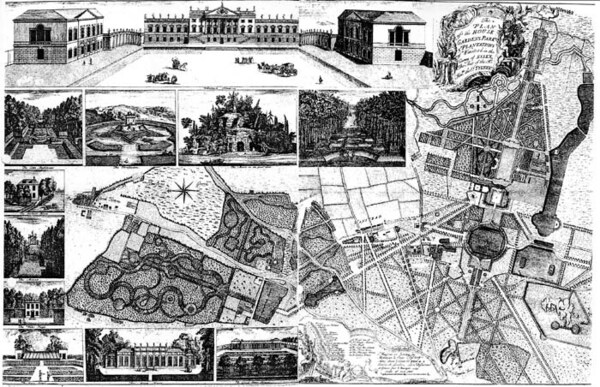 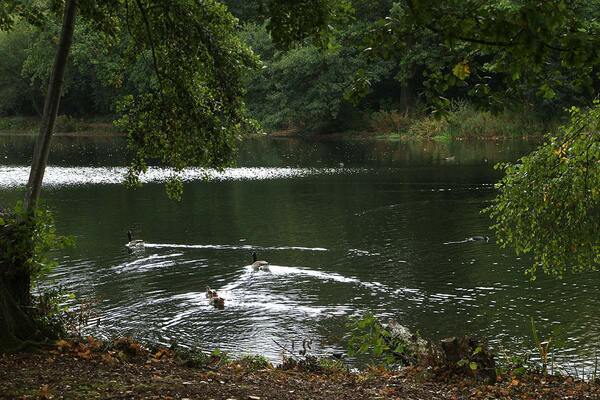 A lake at Wanstead Park GV 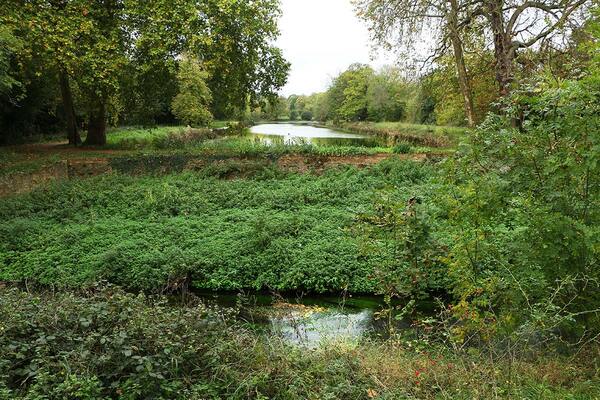 Remains of a Baroque canal at Wanstead GV