Domenico Fontana was also involved with Pope Sixtus V's famous plan, of 1588, for laying out a network of axial streets using some of Rome's famous landmarks as focal points. They included churches and obilisks from Ancient Rome. Sixtus V, (Felice Peretti) built his Villa near the Baths of Diocletian. It was called the Villa Peretti or Montalto, because Montalto was the nearest town, and his birthplace. The Villa was acquired in the eighteenth century by the Negroni family. In the nineteenth century it was demolished to make room for a Railway Station. The only thing left is a fountain which was moved near S. Pietro in Montorio. 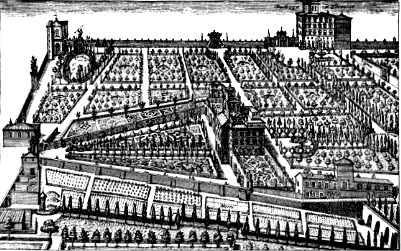