The great baroque piazza is on the site of the ancient Circus Domitianus (Domitian's stadium, 86 AD) used for the Agonal games, from which the piazza takes its name ('in agone' - the agony of competitive games - became 'navone' and then 'navona'). Bernini's fountain Fontana dei Quattro Fiumi (Fountain of Four Rivers) was made in 1651 representing the four quarters of the world by rivers (Nile, Danube, Ganges, Plata). The statues at the base of the rock support an obelisk taken from the Circus Massenzio. The piazza is an extremely successful and popular urban space. Some would say it is not a garden, because it lacks vegetation. Others would say it is a public garden, because it has water, sculpture and enclosure. Since the Circus was a feature of a sanctuary in Greece (as at Delphi and Olympia) one can also find a relationship with the design of sacred space. Art, formerly the servant of religion, began to chart its own destiny during the baroque period. 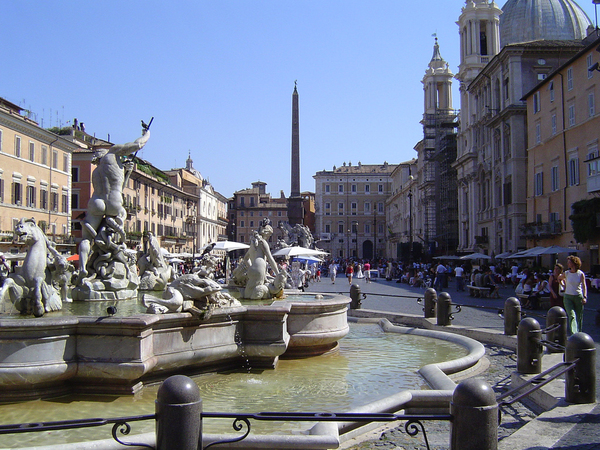 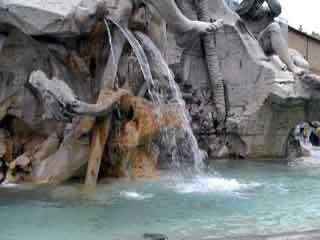 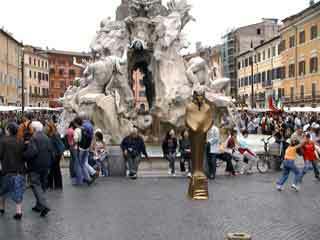