A Cistercensian monastery, Santa Maria, is known to have been on this site in 1208. It was sold in 1569 and the Mornico family built a villa. This was much changed in the nineteenth century and since 1953 has been an international cultural and scientific centre. The garden is terraced and was planted by an Austrian (Walter Kress) in the twentieth century. He built a waterfront loggia and a Moorish pavilion, revealing his interest in the Mixed Style. 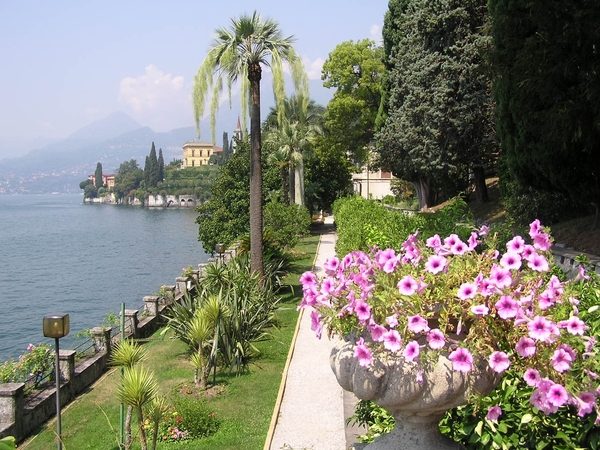 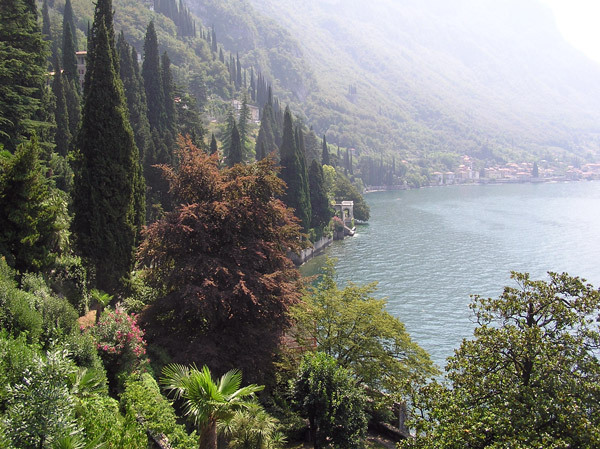 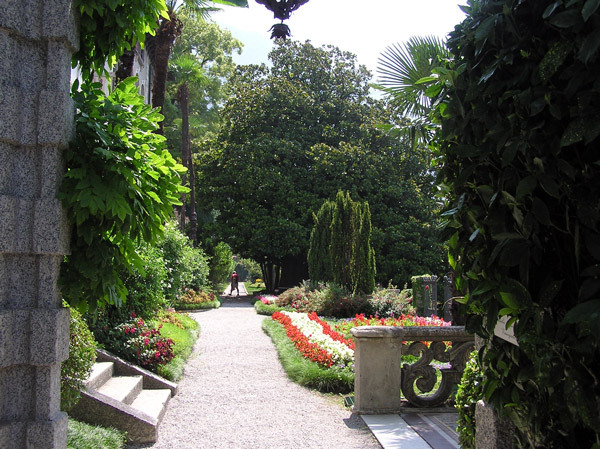