The house was built in 1745, by Marquis Clerici with a landing stage on Lake Como from which steps and terraces ascend. A romantic landscape garden was made by the Dukes of Sachsen Meiningen in the nineteenth century and it has become a botanic garden with rhododendrons, azaleas, magnolias and tree ferns.

The garden-park of Villa Carlotta (about 8 hectares) is a very fascinating place: its favourable position, but also the harmonic coexistence of styles, the variety of species, the literary suggestions make it worthy of a visit. Come to see the Italian garden that dates back to the XVII Century with its geometrical schema, stair and terraces, statues and fountains; come to feel the echoes of the Romantic period, still alive in the structure of the park with old tall trees and charming views; come to experience the impressive vegetal architecture of the second half of the XIX Century with the monumental azaleas and rhododendrons and the unending richness of rare plants and species! 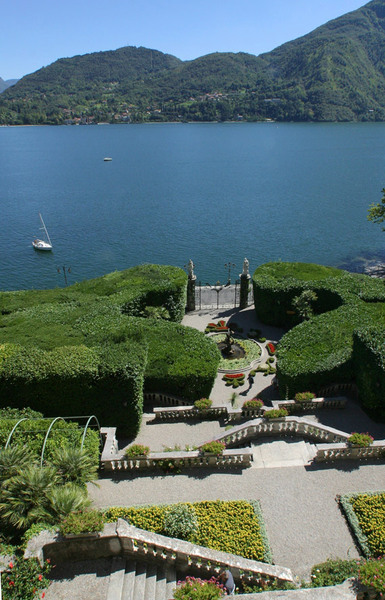 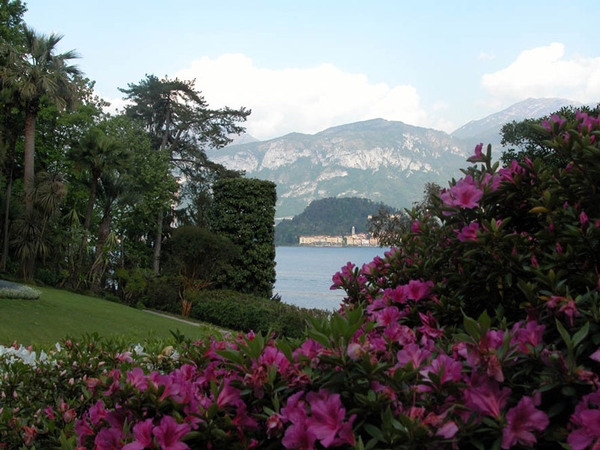 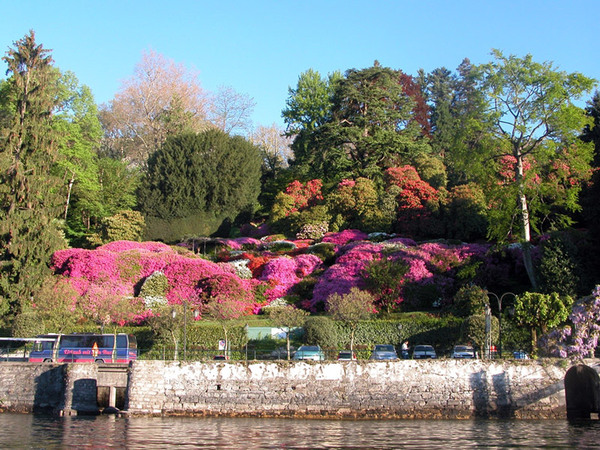 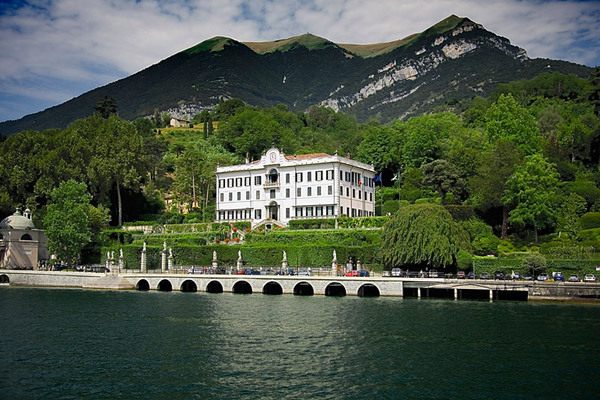 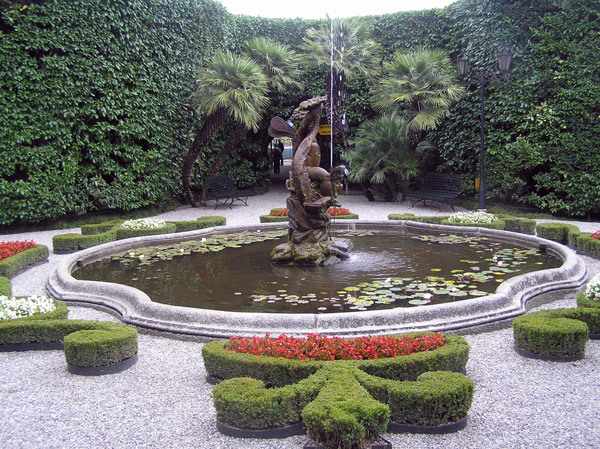 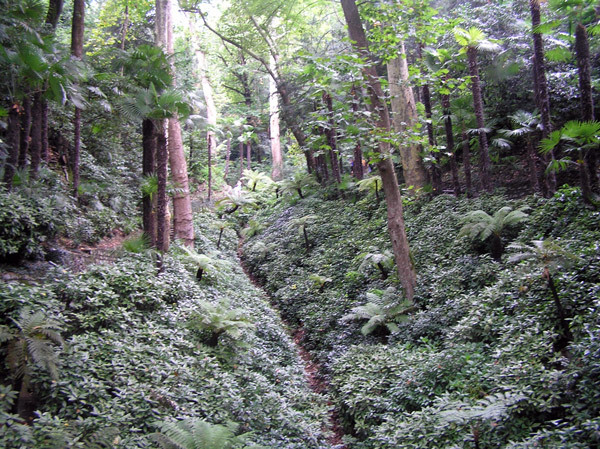 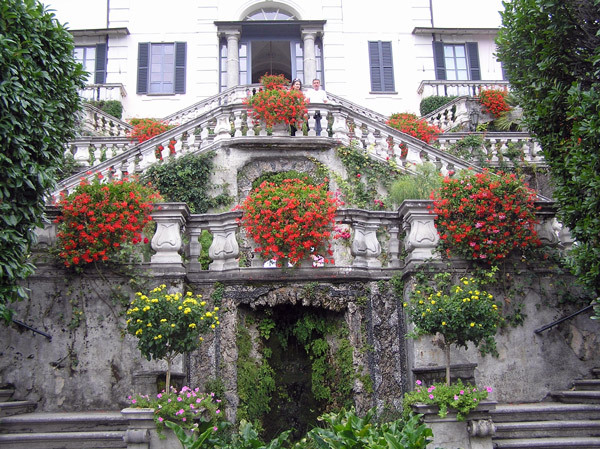 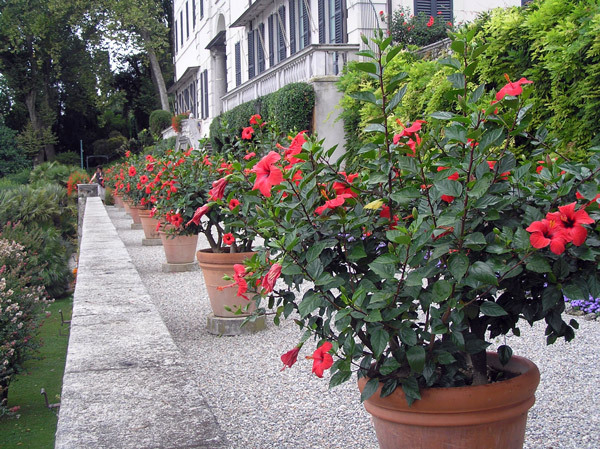 Villa Carlotta is a place of rare beauty, where masterpieces of nature and art live together in perfect harmony in over 70.000 square metres of gardens and museum. The beautiful villa was built at the end of XVII century by the Milanese marquis Giorgio Clerici in a natural basin between lake and mountains, facing the dolomite Grignas and the peninsula of Bellagio. The architect created for the Clericis an important but sober building, with an Italian garden decorated with sculptures, stairs and fountains. In 1801 Gian Battista Sommariva, famous politician, businessman and patron of arts, bought the villa. Thanks to this owner the property in Tremezzo attained the summit of its splendour and became one of the most important halting-place of the Grand Tour. The villa became a temple of XIX century art with works of Canova, Thorvaldsen and Hayez: Palamedes, Eros and Psyche, Terpsychore, The last kiss of Romeo and Juliet are only some of the masterpieces that enriches the extraordinary collection. Under Sommariva part of the park was transformed in a fascinating romantic garden. Sommariva's heirs sold the villa in 1843 to Princess Marianne of Nassau, Albert’s of Prussia wife, who gave it as a present to her daughter Carlotta in occasion of her wedding with Georg II of Saxen-Meiningen. Hence the name Villa Carlotta. Very fond in botanic, Georg enriched the park, today of great historical and environmental value. The gardens of Villa Carlotta chiefly owe their reputation to the rhododendrons’ and azaleas’ spring flowering, consisting of over 150 different sorts. But the gardens are worth to visit in every period of the year: old varieties of camellias, century old cedars and sequoias, huge planes and tropical plants, the Rock garden and the Ferns valley, the Rhododendrons wood and the Bamboos garden, the agricultural tools museum and the wonderful views on the lake built in the ages the celebrity of this place, still today consider "a place of heaven".

The azaleas
In April and May Villa Carlotta offers an authentic sea of multicoloured azaleas shaped in high rounded cushions alongside the garden paths. The effect is unique, because of the chromatic variety and of the size of the plants. To make the most of it, walk through the short path between the azaleas leading to the romantic gazebo. From this location it’s possible to admire‘ waves ‘of azalea on a background of rhododendrons.

The rhododendrons wood
The use of a single species of rhododendro ; Rhododendron arboreum, recreates an environment that, in nature, can only be equalled on the Himalayan mountains. Some of the many dozens of rhododendron are many centuries old and, with their twisted trunks and branches, evoke an unforgettable atmosphere. The original species of Rhododendrum arboreum have crimson red flowers, whilst the sub-species have rosy or white ones.

The Camellias
Considering the size achieved by a great number of specimens, it’s possible to conclude that the use of the camellias in villa Carlotta goes back to a remote past. Walking through the park, it’s possible to admire different varieties in many colours. Some of the camellias are quite rare, such as the group at the back of the villa, near the niche today covered by a fern.

The bamboos garden
In approximately 3000 square meters, arranged according to the principles and techniques of the Japanese gardens are to be found more then 25 different species of bamboos, some truly rare. The setting, which includes water features like waterfalls and brooks , interspersed with rocks, is greatly harmonious.